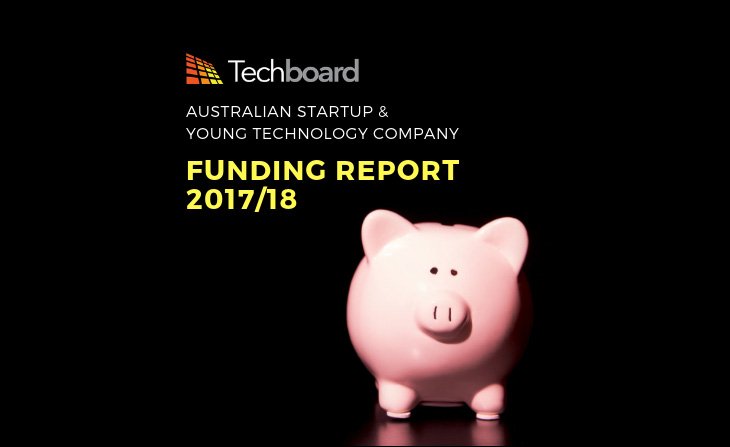 The 2017/18 deals have been done, the money has landed so let the slicing and dicing begin.

Fortunately, WA-based Techboard has done all the hard work for us, with the headline figure being the $3.5B of funds that found its way to startups and ‘young tech companies’ during the last financial year.

This was across 736 funding events, meaning the average investment was $4.75M, well in excess of what the ‘average’ startup would be looking for.

For many startups, these forms of funds are out of reach or inappropriate (or both), so if we delve deeper into the numbers, we can see what the typical WA-based startup may be fighting over.

Devil’s in the detail

Over the past year, there was a recorded $47M worth of angel, VC and accelerator money that flowed into WA startups.

As is so often the case, it was ‘lumpy’, with $19.5M being invested during the September quarter, $6.7M in the three months of quarter two, $15.4M in the March quarter and just $5.3M in the final April to June period.

In WA, while angel, acquisition and accelerator funding was the most common by number, these types of funding are swamped by the sheer size of the IPOs, ICOs and larger VC placements.

Across the country, there were a recorded 130 angel/seed rounds adding up to $81M, which meant each average raise was $623K.

The largest funding event in WA was to Fastbrick Robotics, an ASX- listed company which attracted a $35M placement for its robotic brick-building business.

Of ECFs and ICOs

One new arrival on the scene was equity crowd funding, which had a slow start as the first 7 licenses were only released in January 2018.

As the IPO and RTO (reverse take over, or ‘back door listing’) market tightens under harder scrutiny from the ASX, so equity crowd funding may become more prevalent. In 2017/18 however, there were only 5 deals completed, raising $6M.

ICOs (initial coin offerings) had flown out of the gate in 2017, but have since been pared back. Many proposed ICOs were either cancelled or delayed during the latter part of the year.

Australia’s first ICO was to WA-based Power Ledger, which raised $34M at the start of the year. Timing, as is so often said, is almost everything.

In WA, the IPO/RTO and ICO market represented 64% of all funding for the sector, which is wholly unusual when compared to other states like NSW, where only 13% of funding was from such sources.

As the report states: “On the whole it could also be observed that Western Australia saw a limited range of categories of companies funded in [sic] when compared to other states.”

Meanwhile, government grants kicked in $66M across 182 companies during the year. In WA, the Accelerating Commercialisation grant provided $3.8M to 6 companies (average $633K), which as this is a matching dollar for dollar program, meant $7M was provided in total to those pre-revenue projects.

These numbers tell us what most WA startups already know – in general, it’s been a tough year to raise money from the more traditional sources of angels, accelerators and other means.

While there have been some notable exceptions, and things may be better than they were a few years ago, the report does highlight how WA continues to lag the other states in funding, proportionate to our size.

Perhaps the rebound in mining and interest in other sectors is counting against the more obvious point that the state has to invest in future businesses, and the future more generally, which probably lies somewhere among the early stage tech sector in this state.