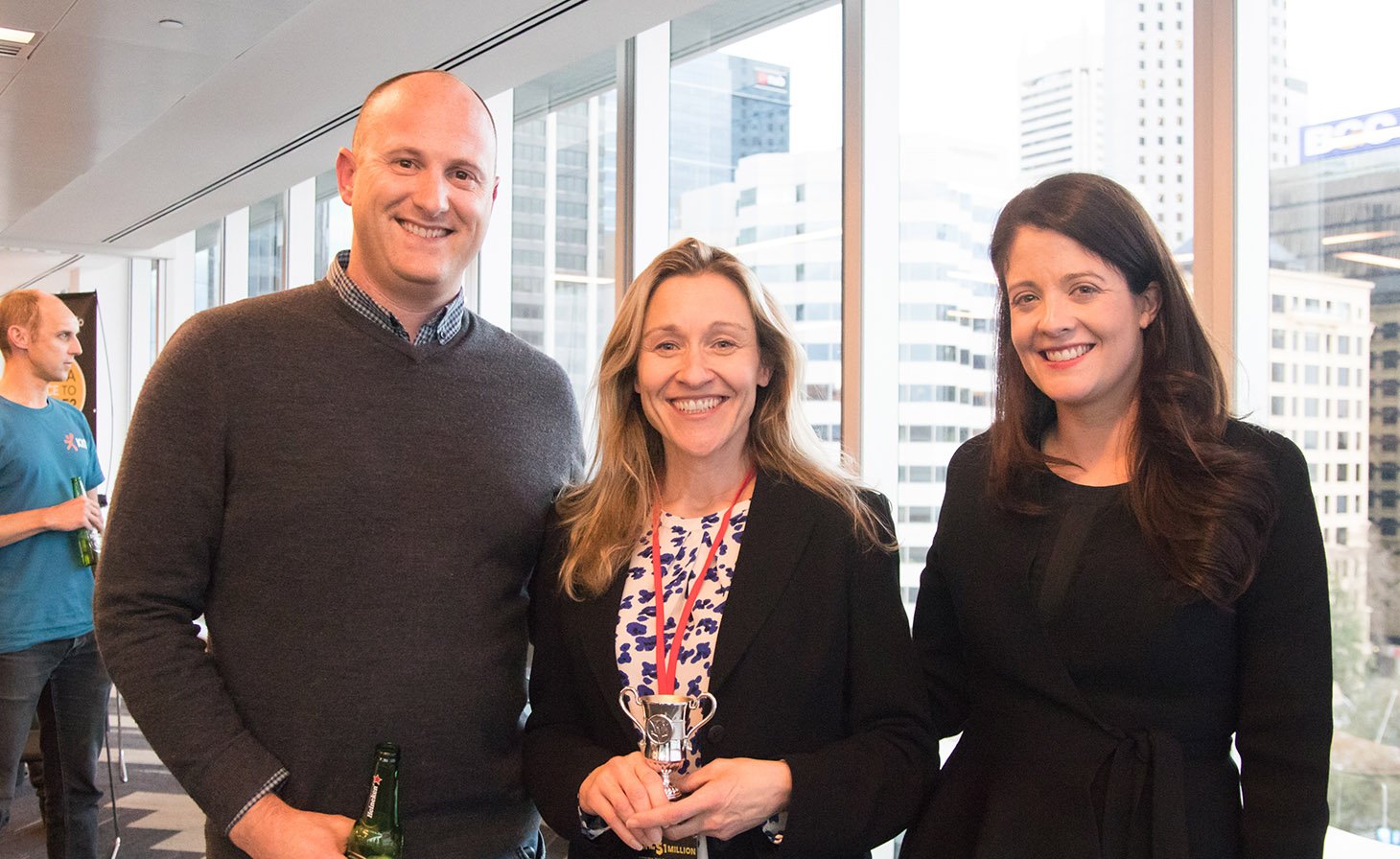 The stakes couldn’t have been much higher on Friday when seventeen WA-based startups gathered to pitch for $1 million in funding.

There’s nothing quite like the lure of a million bucks to get startup hearts pounding. That kind of money can buy a lot of runway, build a lot of stuff and take a fledgling idea quite a long way. But who is most deserving?

The ‘Pitch for $1 Million’ competition is run in conjunction with Right Click Capital, and this year features entries from 15 cities across eight countries.

The opportunity is part of StartCon, who describe themselves as “Australia’s largest startup conference, expo and entrepreneur community”.

It was Perth’s turn for a shot at the prize on Friday when, overlooking the Swan River from Tank Stream Labs offices, 17 WA-based startups pitched their hearts out over three heats, before the top six advanced to the final stage.

Across the day, participants also heard from Evan Wong, founder of regulation revolutioniser Checkbox.ai and winner of last year’s Pitch for $1 Million, as well as Matthew Pavlich and James Begley from sport star booking app PickStar.

After a rewarding day of networking and learning, regional finalists SpaceToCo, Kin Childcare and Cardbored gave it their all in two-minute impromptu pitches, with The Noisy Guts Project, The Volte, and Cellr taking out the top three spots.

Listen to your gut

The Noisy Guts Project triumphed on the day, with project manager Dr Mary Webberly winning the chance to present the group’s idea at the Startcon Conference in Sydney at the end of November this year.

The project builds on the work of Nobel Laureate, Professor Barry Marshall, and uses a belt to record the noises of your insides, as well as your heart rate, temperature and sweat, to diagnose irritable bowel syndrome and screen for inflammatory bowel disease.

Agh well, if you have a Nobel prize winner on your team, then you are probably onto something.

The team’s innovative approach removes the need for invasive tests and can also be used to determine which foods can serve as triggers for the conditions.

The Volte took out second place on Friday, and still receives an all-expenses paid trip to the StartCon Conference.

The company partners with stores, designers and other dress rental companies to offer more than 10,000 listings across Australia.

Co-founder Bernadette Olivier focused on the stats, and said The Volte is on track for 700% growth this year, with the aim of seeing $4.2 million in gross sales next year.

The Volte is one of the many success stories to emerge from the Springboard accelerator.

Coming in third place, and also receiving a trip to StartCon, was Cellr who have found a better way to manage and monitor wine cellars.

Using RFID technology in the form of a small sticker on each bottle, Cellr can provide real-time information about wine inventories, cut stocktake times from days to less than half an hour, and automatically order wine right when the customer needs it.

Co-founder Chris Braine spoke of the potential impact of their product for wine makers, who can both better track their inventory, and could also develop new ways of helping customers verify their products are the real deal.

Cellr was the top graduate of Perth’s Founder Institute program in 2017.

Startcon in Sydney takes place on 30th November and 1st December this year, and then we will finally get to find out who pockets the $1M…