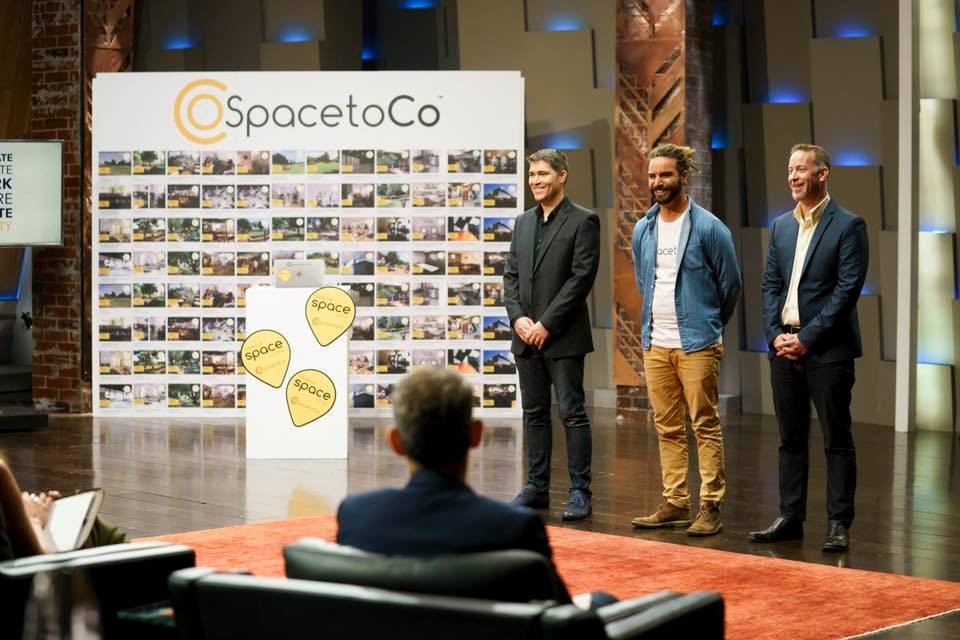 It’s not everyday in Perth that you hear of a local tech company nailing down some funding from a well known investor. For many founders it’s a dream or just a mirage in the distance.

But that’s exactly what SpacetoCo achieved this week – in a primetime TV slot, no less.

Appearing on Season 4 of Network Ten’s Shark Tank, the company founded by three former school teachers secured $210,000 in funding for 20% of their company from serial investor Steve Baxter.

The founders endured a grilling from each of the Sharks over different elements of the business – all part and parcel of the Shark Tank experience as anyone who has ever watched the show can attest.

At the same time as the show aired, they threw a Shark Tank party down at FLUX on Tuesday night, which was well attended. You can view the moment the deal was done, and the response from their supporters and friends.

It’s no mean feat to impress a Shark, but as various investors gave their reasons to be “out”, the SpacetoCo team piqued the interest of Steve Baxter.

The seamless experience of their online platform, coupled with the opportunity for growth around Australia and the early client feedback on the ease of the site’s operation, led him to make an offer they couldn’t refuse – although they did negotiate (a little).

Steve’s offer was the $210K they were looking for, for 21% of their business (they’d offered a 14% stake), plus a setting aside of 10% allocation to a tech cofounder. Neither of the 3 cofounders come from a tech background, and Steve insisted on this as part of the deal.

After some discussion, our intrepid entrepreneurs came back with a counter offer of $210K for 20%, and Steve, after a minor grimace which seemed to suggest ‘why are you bothering to negotiate such a  small amount?’, said ‘Err…ummm… yes’.

Baxter later tweeted: “Valuation in these businesses is about retaining the team.”

After their time in the tank, SpacetoCo co-founder, Daniel McCullen said, “We got some capital and we got a Shark. I’d say that’s a good day of fishing.”

In another tweet, replying to congrats on the deal, Steve said: “Good crew. Already came over for a visit.”

It’s been a busy time for the SpacetoCo team, who are currently going through the Plus Eight tech accelerator in Perth. A few months ago SpacetoCo cofounder Jeremy Hurst wrote about his experience Plus Eight in Silicon Valley in April and earlier this month about the MassChallenge accelerator in Boston he was a part of.

Congratulations are certainly in order for them. The Perth startup scene – along with the rest of the country no doubt – are excited to see where the next chapter takes the startup.

SpacetoCo makes it possible to hire space by the hour for any activity. The website removes the hassle of searching and then understanding the suitability of a space for the organiser. SpacetoCo offers online availability, booking and payment. In so doing, the site activates spaces that may otherwise not have been available to the general public (such as spare tennis courts for hire or a room for an event).