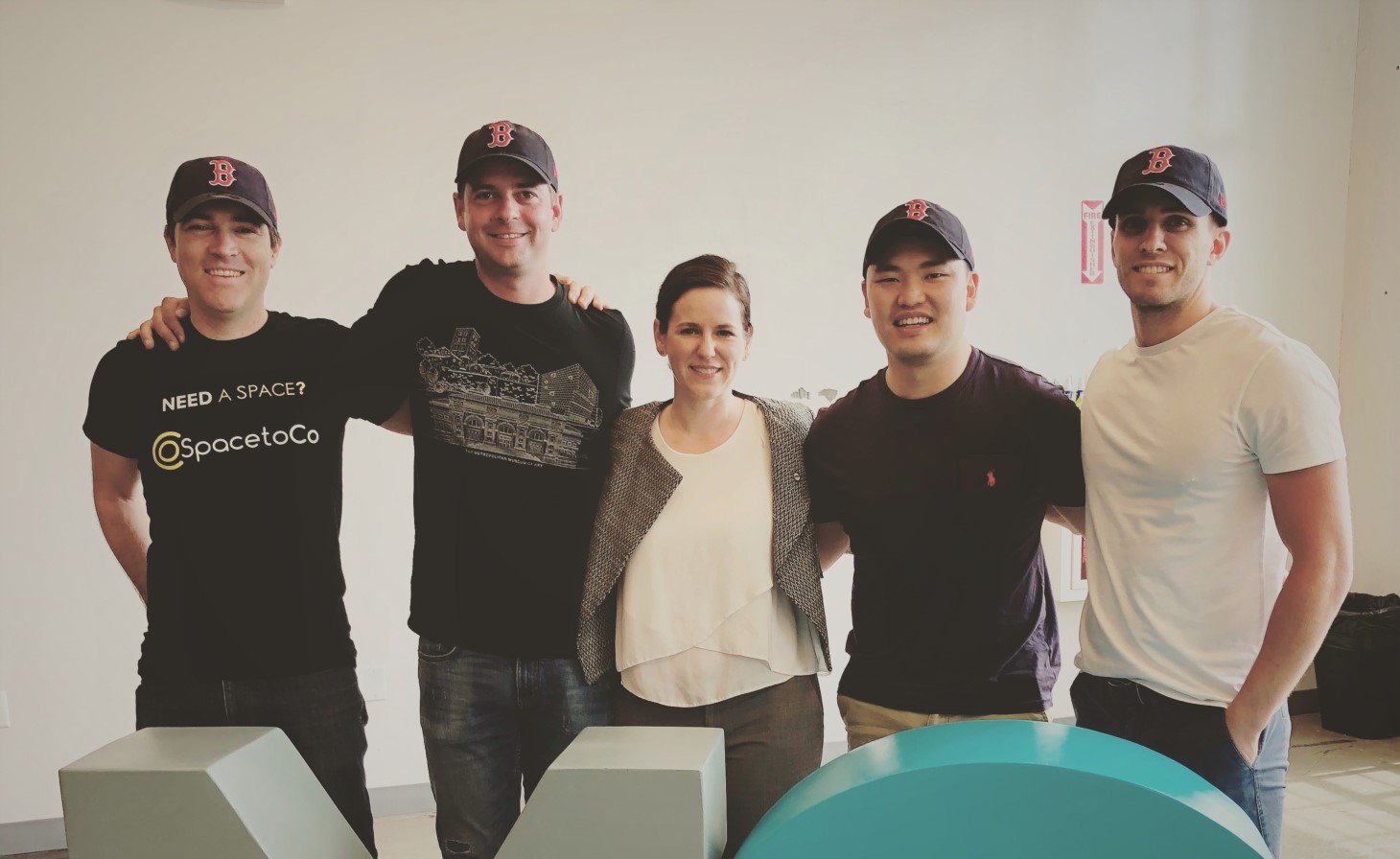 SpacetoCo’s intrepid co-founder Jeremy Hurst recently spent a week at the MassChallenge 2018 Accelerator in Boston. Here is his report…

I went in with doubts about the evening…

‘Jeremy, I want you to meet Laura’. Kathleen pulls Laura into our group, introduces us by name and urges us to explain our business. We’ve been practising our punchy elevator pitch since we landed here in Boston – Laura scrutinises my words and responds with the following.

‘Wow, so I have some friends who you need to meet’.

Laura ushers me over to a group of four serious looking women who eyeball me from top to bottom. ‘Ladies, meet Jeremy. He’s from Australia and he’s working on this cool new business. Jeremy… pitch!’

‘Yeah so what have ya got, Jeremy?’, one of them asks. I launch into my spiel. Half way through, the questions start coming. These ladies are event organisers from across Massachusetts. They like what they hear, but are suspicious.

Margins for event organisers are already razor tight. But they love the idea of delighting their clients with new and secret spaces. Before I know it, our conversation has segued and I’m speaking with someone new. He loves the sound of SpacetoCo and enthusiastically wants to introduce me to a group of people who will want to hear about our business.

Here in Boston, prestige comes from being the introducer and boosting others… I’m now in front of six new people and pitching again.

This is the Boston Irish Business Association (BIBA) Summer Mixer networking night. By the end of it, I have learned a lot and secured two meetings. This was enthusiastic, energetic networking at it’s best…

Seventy two hours earlier, I had touched down at Boston’s Logan airport. The 30-hour journey from Perth and 12 hour time difference now forgotten.

I was in Boston representing SpacetoCo as part of the ‘Bridge’ component to MassChallenge – the global, non-profit Business Accelerator. Three other Australian companies were here with me and we learned as the week unfolded, that you just never. Stop. Learning.

Our time in Boston coincided with the official launch of the 4-month Boston MassChallenge program.

168 startups (out of 1600 applicants) had rolled up to accelerate their business. The lure of some of the United States best business mentors and connected investors is tangible – MassChallenge has secured over $2B (that’s a ‘B’) of raised capital for their alumni.

It’s easier to secure a spot at Harvard than MassChallenge.

Listening to the fresh business ideas, inventions and initiatives makes you realise that embracing entrepreneurship is a great thing. Succeed or fail, startup life is a metaphor for life. Here were hundreds of humans, standing up and having a real go.

For the Australian contingent, we were fast-tracked through an intensive week of meetings, workshops, networking and mentoring.

A large proportion of the week was spent at the Innovation and Design Building – an enormous former army barracks where US Marines were famously prepped & processed before departing to the Western Front during WWII. The building now houses a number of global businesses from Autodesk to Reebok and stands as a symbol of Boston’s past and its future.

It was here that angel investor Kathleen Healy peeled back the veneer of each Australian start-up to reveal flaws, imperfections and the cold-hard facts of having a plan and turning a dollar.

Working with Kathleen taught us that if you’re showing up to ask for money – you better be prepared.

Her comment that ‘the money you make is a measurement of the energy you have put into your business’ still rings as a great truth.

Another mentor, Alec Stern, who sold his business Constant Contact for $1.1B (yes, another ‘B’), was equally grounding.

There is not much Alec can’t teach you about business and to prove the point he’s in the throes of building three more companies… all at once.

Alec reminded us that scale is about building symbiotic partnerships with channel partners. By leveraging different partners it’s possible to 10x your reach.

Mike LaRhette, President of Global Community at MassChallenge spoke passionately about the impact of entrepreneurship on society.

A believer in impact over equity (MassChallenge takes zero equity), Mike says startups need these three ingredients: a hipster who understands trends, a hacker who makes things work and a hustler who can sell.

During the week, I met with the New Urban Mechanics (MOMA) and the City of Boston.

They indulged my curiosity around space sharing. It was enlightening to hear about initiatives for a more liveable city that promoted joy, excitement and activity (their words).

The Mayor’s Office/City Hall is constantly looking for solutions for people contending with homelessness and drug addiction.

Fortunately there was also time for breaks – we even caught a Red Sox game (local baseball team), walked parts of the Freedom Trail and enjoyed the perfect, blue sky 26ºC days.

A particular highlight was catching up with Jung and Charles Starrett from Soulco who I met through our involvement in Muru-D.

Jung leads us weekly through mindfulness practices – a valuable skill set for any founder. Putting a face to the name from across the world was a reminder that while we can work online, nothing beats face-to-face.

When we think of startups and the USA – many immediately look to Silicon Valley, but it must be said that opportunity exists outside of that area.

Boston, with it’s proximity to the major Canadian cities and 7 hour flight to Europe, is possibly far less isolated. And given the chance to pitch your story, it doesn’t take long for introduction after introduction to get you to where you need to be.

(With special thanks to Dan Smith and Brittany McDonough).

Jeremy Hurst is Co-Founder and Director of SpacetoCo: a platform for the short-term hire of space.