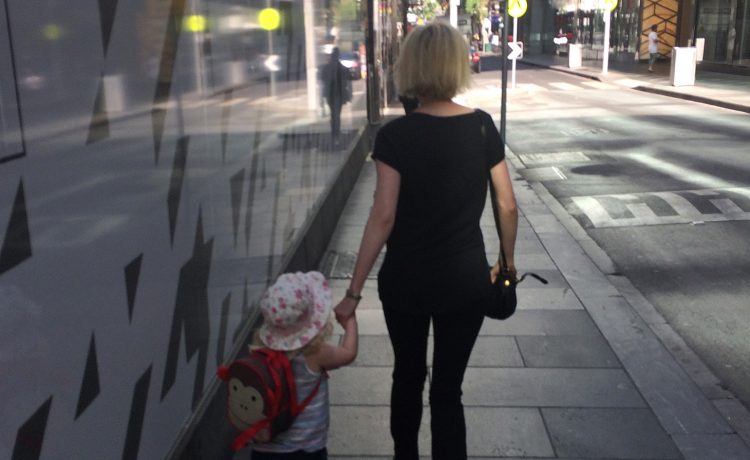 “BOSSMAMA?” he interjected, leaning over the boardroom table. “It’s a bit of a gimmicky brand. Are businesses taking it seriously?”

The room of suits fell silent. My fingers quivered on the clicker.

“It’s a bold brand with over 3,000 social media followers,” I replied coolly. “Women love it.”

It was 8.40am and pre-caffeine. I had just finished my boardroom presentation.

It’s not easy pitching to investors, as any founder knows. Your ideas are still evolving and you don’t have all the answers.

If you’re lucky like me, you’ve just completed a 10 week accelerator program (aka crash course on everything that’s usually covered in a two year MBA).

But even then, most of us aren’t born hustlers. We’re students, geeks, mums and dads who just happened to stumble across an idea.

(The last time I employed a sales technique was as a student working in the men’s underwear section at David Jones. I didn’t exactly smash sales records for Y-fronts that year.)

So there you stand in your hipster branded t-shirt, flogging your wares like a backpacker with a clipboard in the Murray Street Mall.

It’s a tough crowd. And if you’re a female founder, it’s even harder. Just look at the stats.

In 2017, women-led companies received only two per cent of venture capital given to startups according to market database PitchBook. The number of women partners in the top 100 venture firms was just eight per cent.

While some inequity may be anticipated, these numbers are seriously low. Yet the cause is relatively simple.

It’s not just an issue for female-led companies, but for ventures led by other diversity groups.

So much so that Ashley Carroll from Social Capital has built an automated system known as Capital as a Service (CaaS) to address this problem. CaaS uses algorithms to make assessments and prevent unconscious biases from influencing investment decisions.

So why invest in a female-led startup?

For Adam Quinton, Founder/CEO of Lucas Point Ventures, the answer is simple. “I am an investor. I invest to make money. That’s why.”

In an interview with Anne Ravanona, he elaborated on his reasons. For good returns, “angels need to grasp that volume/diversification is essential.”

There are clear benefits to having diverse investments, especially given the uncertainty of early stage ventures.

According to Adam, the best investments are under valued.

World-class investors like Warren Buffett “invest in things other people aren’t investing in.” He follows Keynes’ approach of going against the status quo.

However, female-led startups are often not just under valued, the challenges they seek to address may not be appreciated.

It has been shown that the most effective businesses are usually those that have a defined consumer base, know their customers well, and can solve their problems.

According to the 2017 Startup Muster report, the majority of female founders launched businesses to address issues they personally encountered. Think Spanx, Werk, ModiBodi, and my own business BOSSMAMA, which helps businesses support women at work and achieve gender equity.

Need another reason to invest?

It’s also well-known that female-led startups often don’t have access to the same business networks as many men, and may have had to operate more efficiently due to limited investment.

They have likely got to where they are through sheer determination, resourcefulness, resilience, and perseverance, which are key traits for successful business leaders.

There are clear commercial grounds for investing in female-led startups. Then there’s the investment in equality.

If you take that seriously.

View all posts by Melissa Langdon →
Dr Melissa Langdon is a leader on gender equity and diversity. Speaker at TEDxPerth on social media and activism with qualifications including a PhD in Cultural Studies, Communications and Digital Media (UWA), Masters of Philosophy (Cambridge) and BA Honours (First Class, UWA). Strategic Partnerships and Engagement Coordinator at Curtin University. Founder and Principal of BOSSMAMA.
http://www.BOSSMAMA.com