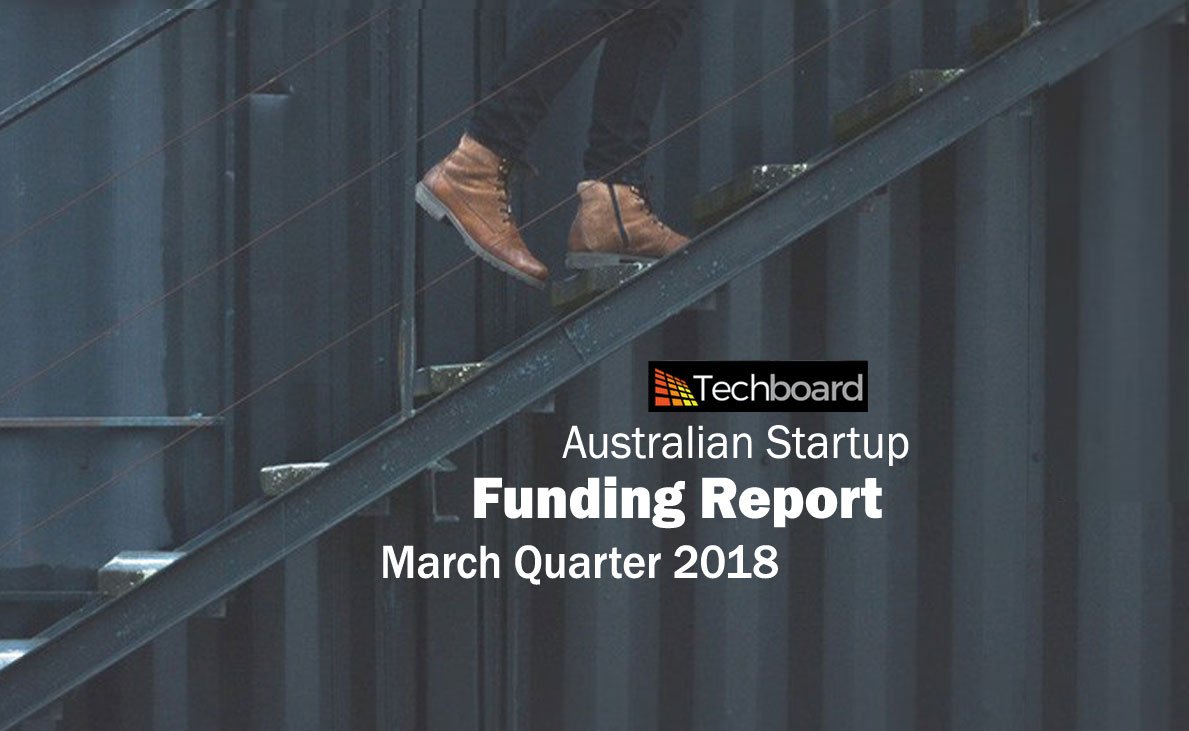 While the WA early stage tech sector as a whole experienced a 37% drop in funding, private non-ICO funding doubled …

Techboard’s March Quarter Funding report is out, and it shows a decline in overall funding for tech startups to $67M in the March quarter, down from $106M the previous quarter.

However, this needs to be tempered with the fact that the December quarter result was heavily skewed towards ASX listed fund raising (76%, or $81M of it) plus WA-based Power Ledger’s Initial Coin Offering (ICO) of $17M during that period. (Power Ledger had raised a similar amount in a pre-sale ICO raise during the September quarter.)

In WA, the ASX raisings represented over half the total funding as compared to 16% across the country.

During the most recent quarter, ASX-listed fund raising for tech/startups fell, to almost half the December rate (at $43M) and there was one ICO for Bitcar of $8.6M. Together, these two sources represented three quarters of total funding for the sector.

The largest recent funding event was a $20m placement into ASX-listed Livehire (which originated from WA, is now headquartered in Victoria but retains a significant Western Australian presence).

If we deduct the ICO and ASX listed fund-raisings, then we see that WA private deals were actually UP from around $8M in the December 2017 quarter to $15.4M in March quarter 2018, a near doubling, which might be a positive sign from within the local VC and angel investment networks.

This fund raising was made up of accelerator raises such as Plus Eight’s $40K to each of the six 2018 cohort members, Accelerating Commercialisation grants and several angel and VC raises varying from $50K through to $1.5M.

Across the country, total funding for the sector almost hit the $1B mark, and is on track to do more than $3B for the 2017/18 financial year.

For the March quarter, Techboard captured the highest level of funding of any of its quarterly reports to date, having identified 142 funding events ranging in value from $5K to $220M, totalling $952M in all. The growth in funding from the previous quarter of $720m was led by a 50% increase in VC funding as well as some major individual funding events. New South Wales companies contributed most to the increase, but other states like South Australia also experienced significant increases in funding levels.

The largest VC investment  was a $50M for Sydney-based (but Perth-originated) Canva round led by Sequoia China, with Blackbird Ventures and Felicitis Ventures. This famously gave the online graphic design company a US$1B valuation and official ‘unicorn’ status.

Canva went on its own spending spree recently, buying the Sydney-based interactive presentation software company Zeetings, as reported by the Fin Review on Tuesday.

The sectors that attracted the most funds were travel (thanks to a major debt deal for Splend, which organises vehicle rentals for Uber drivers), health/biotech and fintech …