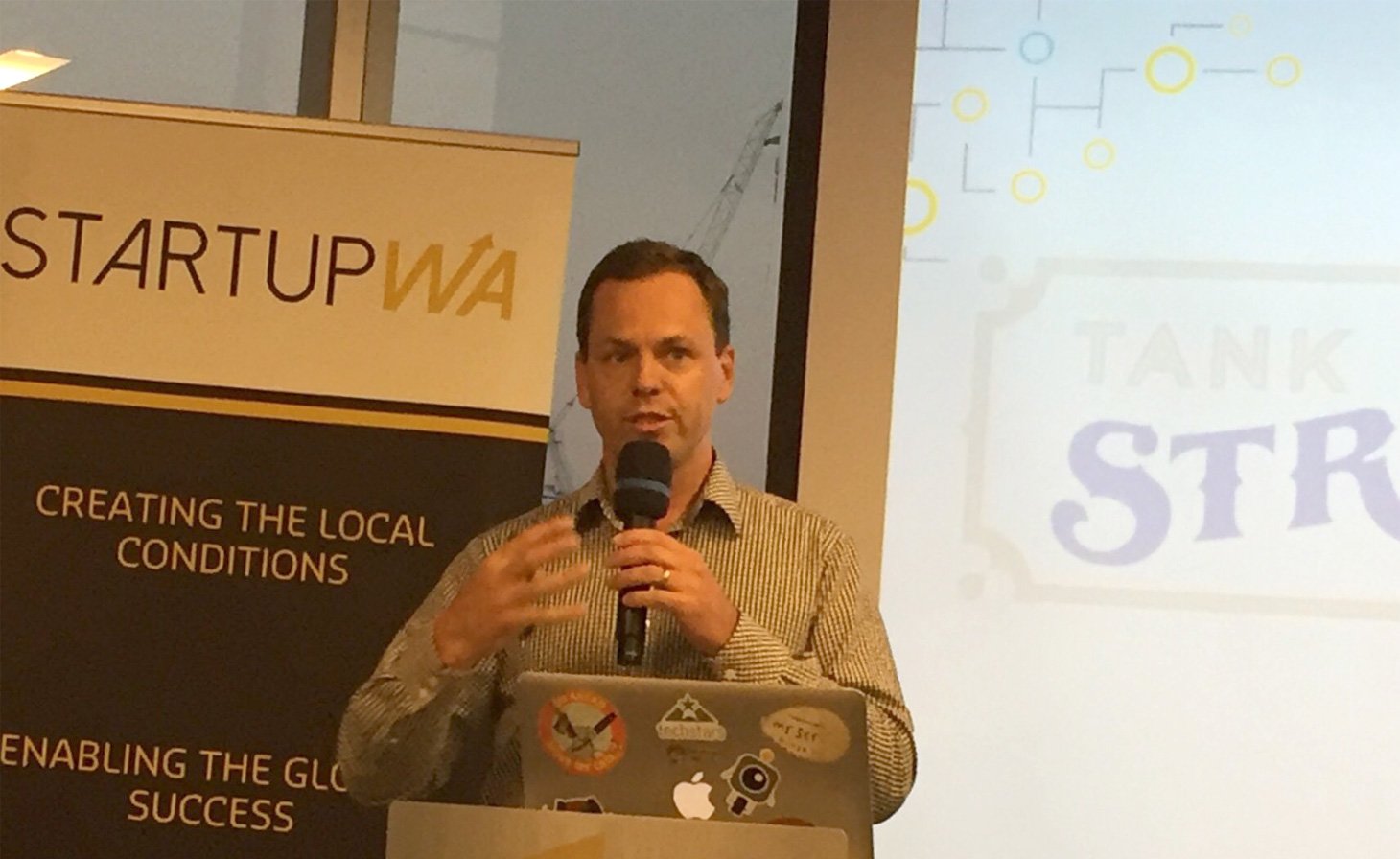 Startup WA’s inaugural event set out to showcase how the ‘Humans of Startup Land’ are as diverse as they come..

Held at the newly opened Tank Stream Labs co-working space last night, the ‘Humans of Startup Land‘ event formed the launch of the Startup WA campaign to showcase a diverse range of startups and entrepreneurs operating in Perth.

MC’d by startup scene stalwart and Startup WA board member Sam Birmingham, his opening statements sought to reinforce that the typical ‘startup-land’ person probably looks a bit different to what you might think – because, in his own words,

“Not every entrepreneur is a co-working space lounging orange-mocha-frappacino drinking, bearded hipster.”

According to Sam (and a trusty TechCrunch article) the average age of a start up founder in Silicon Valley is actually 41.9, despite the intense media focus on entrepreneurs that get started in their teenage years (Zuckerberg, Jobs, Gates to name a few).

Stats from other peak advocacy bodies like LaunchVic (the Startup WA counterpart in Victoria) pegged the average founder age at 36 with females more likely than males to establish a startup past the age of 45 and approximately 75% of all founders (in Victoria at least) being male.

Interestingly, that final statistic, despite being a Victorian one, certainly played out as anecdotally true throughout the event proceedings with all but one out of the eleven ‘humans’ featured as speakers were male.

It’s no secret that there is a gender imbalance in the startup scene but it was certainly interesting to see that come to life at an event highlighting the diversity of the scene.

What the humans had to say

Alistair Swanson (of Fliqc) – ‘Stop using startup language at the big end of town. Act like a business, not just a struggling startup.’

Matt Dale (of Iseeroo) – “If being an entrepreneur isn’t the funnest thing you’re doing, you probably shouldn’t be doing it. I’ve been through hell and high water in the last 3 years but I wouldn’t change it for the world.”

Tracia Almeida (of Mobeez) – ‘Having an different upbringing helps I think. My dad pushed me a lot. I competed in a triathlon with 15 year old when I was age 3. So the kind of grit that builds has come in handy being an entrepreneur.’

Andy Dent (of Touchgram) – “I grew up literally shoveling s**t … which was a great background for debugging software! What I’d say though is that you need to ask people what they don’t like about your idea, over and over again. When you get people struggling to find something wrong with your idea you’re probably close to actually having something awesome.”

It was an excellent event. As you can tell from a quick glance at the Startup News events calendar, there are many events around town, and two more were taking place at the same time in Spacecubed (Riff) and FLUX. But those present were happy to be at this one, deftly handled by Sam, with its wholly positive vibe. And free pizza, don’t forget the free pizza.

StartupWA formed in 2015 as a non-profit entity to enable a more open, representative and effective approach to advance the technology startup industry for WA. You can find out more about it here.