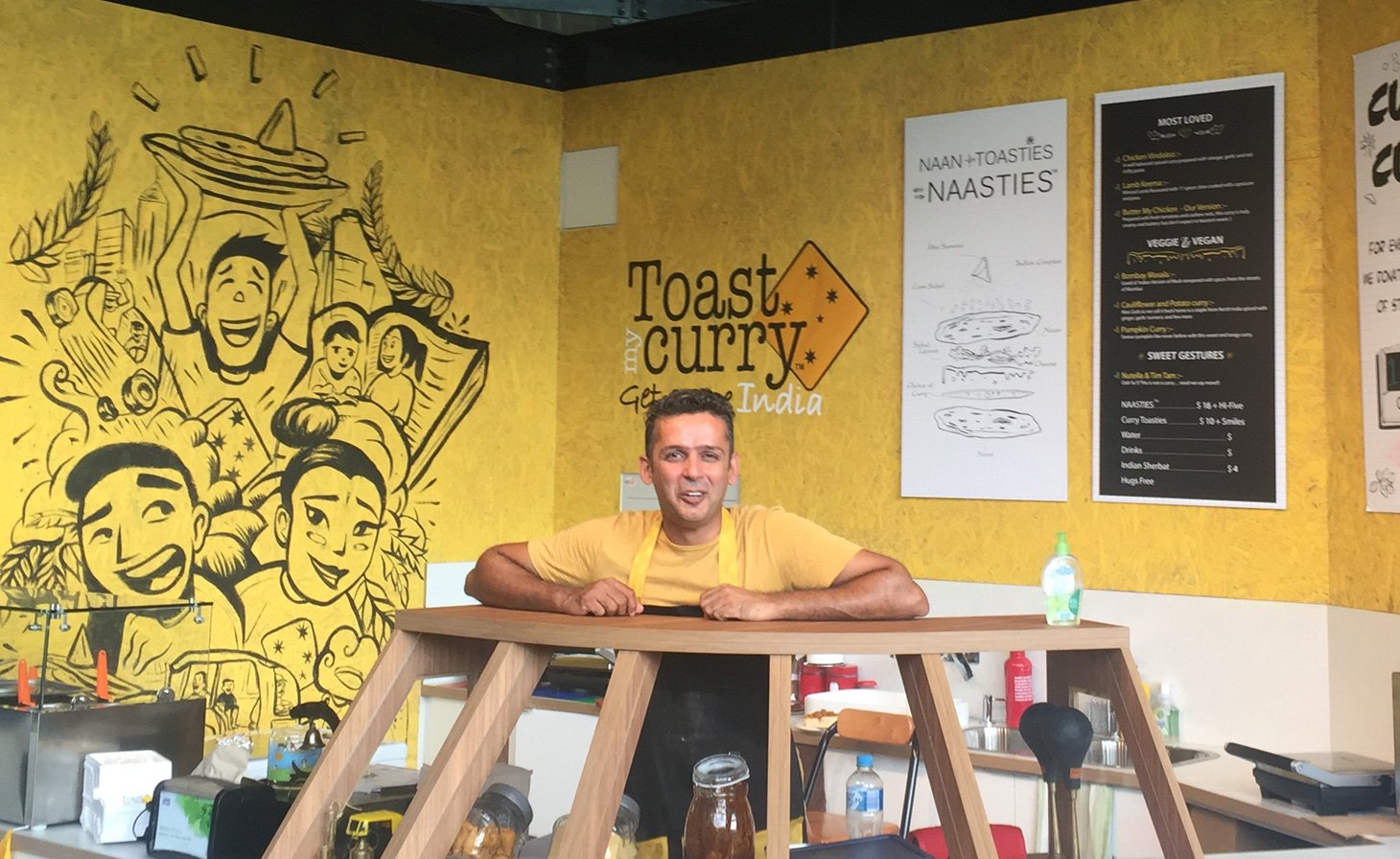 Local social entrepreneur has sold over 15,000 Indian meals to date (and made 15,000 donations to Mumbai street kids)…

Husband and wife team Pankaj Sharma and Kim Soans-Sharma have been developing their Toast My Curry idea over the past two years, growing it from an Inglewood food market stall to a food truck to its first retail shop.

Their vision? Millions of curry toasties and naan toasties (or NAASTIES) being sold around Australia and the world, while providing curry-meals for Indian street kids to motivate them to start their education.

I must confess dear reader, I was there at the beginning…

Having met Pankaj in early 2015, I had an idea this social entrepreneur had something about him. He was running his eKarma ‘Shop and Do Good’ business back then. For every sale, the purchaser could donate part of the sale to charity of their choice.

I had a part-time sales role going at my place of work at the time, and I pitched to him the idea of helping me with it, which could bring in some money for him to live on while he established eKarma.

It was during this project that he first he told me of his idea to put curry in a toastie, and sell Indian as fast food.

“Every other food in the world has a fast food option”, Pankaj explained, “Chinese, Fish n Chips, roast beef rolls, sushi, hamburgers… but not really Indian.”

It’s hard (for us westerners at least) to eat Indian food, unless it’s put in a plastic container with a plastic knife and fork. And when you are out and about, that’s not all that convenient either, plus all the wasted plastic.

How about putting it in a toasty, so you can carry it around with you, and eat it there and then?

Genius. The best ideas are the simplest. As was their tag line – ‘Get Some India‘ (gedit?!)

And so, it came to pass that we had the first Toast my Curry experiment at our workplace one lunchtime, providing free curry toasties of various flavours to the staff – chicken vindaloo, lamb keema and vegetarian/vegan options. There were even dessert options.

Well, everyone loved it. Within a few weeks Pankaj and Kim were off and running with a food stall, and a year later they had a food truck. Over the next two years, they also invented the world’s first and only ‘NAASTIES’, curry filled naan bread toastie, which quickly became their higher priced, best-selling item.

Ever the social enterprise, the business donates a meal to a Mumbai street kids charity for every toastie sold. So far they’ve donated 15,100. The ‘shop and do good’ mantra is still there. They’re also one of the best reviewed food truck businesses in Perth – with over 150 Facebook reviews, averaging 4.9 stars.

All along the Sharmas have worked hard to refine the concept, looking for efficiencies while keeping the quality high. Kim is an expert cook, and if you’ve every had one of these toasties or naasties, let me tell you, they are to die for.

The next move was into a retail shop of some kind.

Pankaj spent a year looking at various options, but then the opening of highly anticipated Yagan Square gave him the perfect opening.

“The first day we opened, people were lining up and we were rushed off our feet,” said Pankaj, “We have a wonderful location. Anyone entering the food court can’t help but see us.”

The big game, of course, is to distil this whole retail process so it can be repeated in multiple stores, perhaps even franchising. The scalability of fast food phenomenon is well known, but with no one having done it for Indian food, there is an opportunity that is, if you forgive the pun, very tasty indeed. 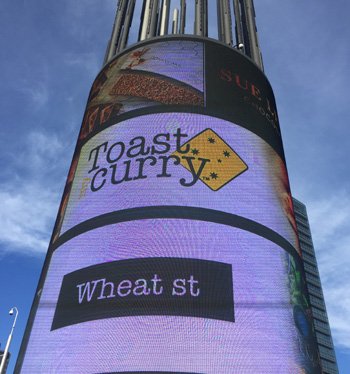