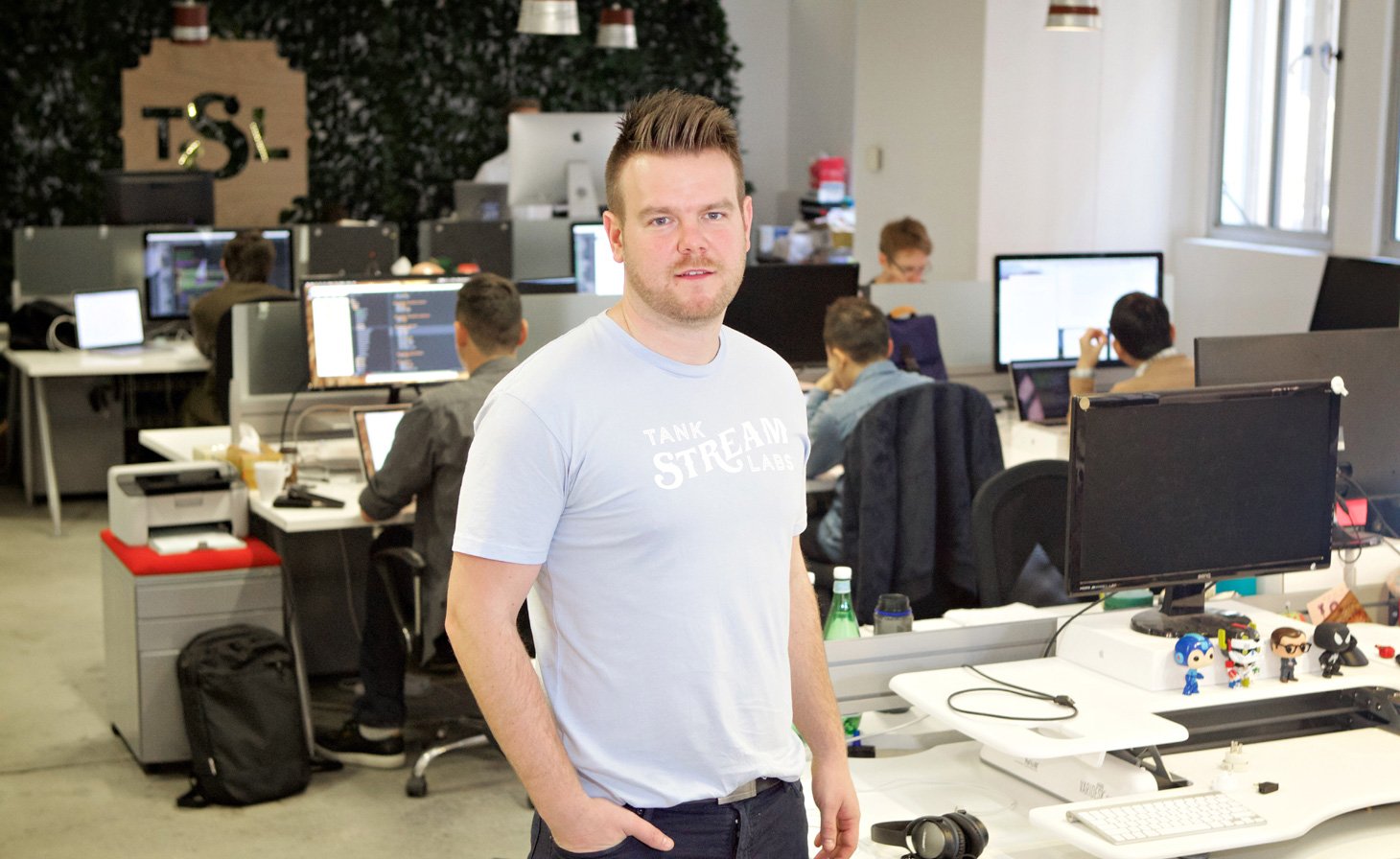 Having expanded into its new $35 million space in Sydney last month, the eastern states headquartered tech hub Tank Stream Labs has officially opened in Perth, at level 5 of the EY building, and has welcomed its first startup, BeingVR.

Voted #1 co-working space in Australia (by Fintech Australia), Tank Stream Labs now has more than 400 start up operations, 550 members and has raised more than $300M.

Tank Stream Labs CEO, Brad Delamare (see main picture), said, he was delighted that BeingVR (formerly Diversifly) has led the way and joined the recently opened Perth hub which was the natural step in connecting entrepreneurs between the west and east coast.

“We have recently seen a lot of Perth based start up businesses coming to Sydney looking for funding, resources and talent so our decision to expand to the West Coast and partner with EY was timely,” Brad Delamare said.

BeingVR founder and CEO Lucie Hammond said, “joining Tank Stream Labs was an opportunity that came along at just the right time. We needed a central fixed location close to our customers and jumped at the chance to be an early adopter at Tank Stream and support a fellow entrepreneur”.

BeingVR uses virtual reality technology to close the soft skills gap, and to help enterprises prepare people for the future of work through immersive virtual learning that improves job performance.

“Decision makers in learning and development and much of the investor community is based in Sydney or Melbourne so links to the east coast are incredibly beneficial at this point in our journey,” Lucie Hammond said.

“We’re also looking to build out our development team and see Tank Stream as the ultimate destination to help attract talented contractors to our Perth network,” Lucie Hammond said.

Fiona Drummond, Managing Partner for EY Perth said, “We have a number of innovative partnerships underway which enable us to keep a pulse on the entrepreneurial ecosystem and contribute in a meaningful way. We look forward to leveraging our global reputation and resources to see Tank Stream succeed here in Perth as it has in Sydney”.

“Tank Stream Labs is one of Australia’s leading breeding grounds for entrepreneurs, having nurtured top names such as Airtasker, Braintree and SurveyMonkey. Our hub provides a place to support ventures to connect, collaborate and access global partner networks as they scale up.

“We have already had strong interest in other start up ventures looking to join the Perth hub and we look forward to making further announcements shortly,” Brad Delamare concluded.