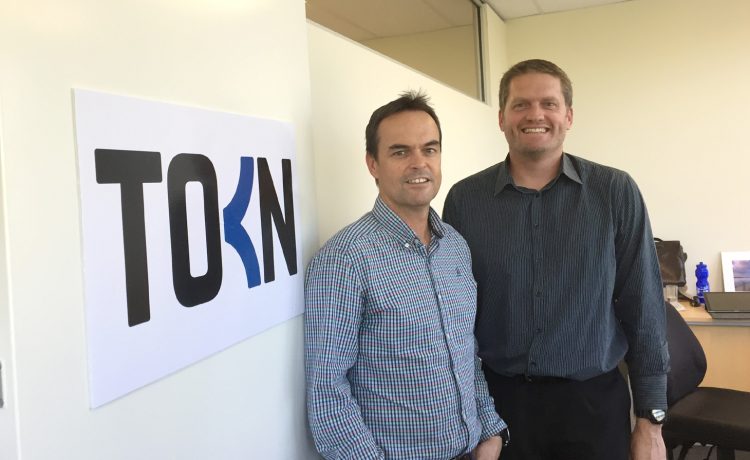 Six years ago, working away in an IT department in Dubai, Kevin Venter recognised a growing problem that all major enterprise solutions systems had. They could not be operated remotely, outside the office network nor on a mobile device.

“I saw all these people coming through our office trying to account for assets,” Kevin told Startup News,” and all the work was manual, on spreadsheets. I thought ‘There had to be a better way’.”

In his spare time, Kevin started coding away at the beginnings of a solution. Around this time he was in contact with someone from his own home town of East London in South Africa, Clinton Schroeder. Clinton had moved to Perth in 2011 and was working with big corporates in enterprise solutions consulting.

“I’d known Kevin since 2004, and amazingly, my mother had been Kevin’s primary school teacher,” Clinton told Startup News, “I thought the idea was worth pursuing, and once we had an working MVP we started to trial it with WA clients, even though Kevin was still in Dubai.”

One such trial was up in the Pilbara for a mine site.

“I didn’t have any idea where the Pilbara was,” said Kevin, “I looked on the map and saw the device being used so far away from Perth in such a remote area.”

Of course, that was the whole point. ERP systems like SAP and Oracle had no way to connect to mobile devices, yet these devices were proliferating.

“If someone on SAP wanted to raise a purchase order, or report on an asset, they had to do it in the office or over the network”, said Kevin. “There are so many companies with deep rooted legacy systems, and they are not very mobile.”

This was clearly a hard problem to solve. The work had to be coded in SAP’s (or Oracle’s, …) own language and iOS and the layer in between. It was a long, evolutionary process to build something that worked. A lot of sleepless nights.

By November 2015, Clinton and Kevin were encouraged enough to form a company, calling it TOKN after the name given to the individual packets of data that are transferred between systems (‘tokens’).

In January 2017, Kevin moved his family to Perth. Meanwhile, Clinton had been introduced to Prof Tim Mazzarol at UWA, who was running a Management of Innovation and Technology course on the MBA programme. From there he was eventually introduced to Sheryl Frame from the Accelerating Commercialisation (AC) program.

“Sheryl worked really hard with us on the project, and helped us secure our grant funding,” said Clinton. “All in all, the grant application took about 6 months. Being successful with the AC grant meant we can now fund various trials with customers, and also pull on our first employee, who we also met at the UWA MBA.”

The business model for TOKN is via node-based licensing. A ‘node’ is anyone linked to a connector putting a legacy system in touch with a mobile device. Customers can buy ‘buckets’ of nodes, and that allows the business to be flexible in their use.

Through the early years, the business was bootstrapped, but recently they brought on an angel investor, formed a board of three, and of course won the $226K AC matching grant.

Clinton and Kevin are now looking to accelerate things, take on staff and see the Middle East as a major potential market, as well as Australia and other markets. TOKN has already successfully completed trials with Anglo Gold Ashanti (Australia) and the Engineers Office (Dubai).

“The Middle East customer likes to see external validation”, said Clinton, “which is what the AC grant also helped with. We have potential to take this product and put it into drones, which are nothing more than flying cell phones.”

“Talking to customers, we’ve found that many of the high-level corporates have been burned with products, and the lower level ones are out in the open, with no real option.”

The company is looking to expand more into the digital space with additions of IoT, blockchain and autonomous systems.

Main Photo above – from left to right: Clinton Schroeder and Kevin Venter 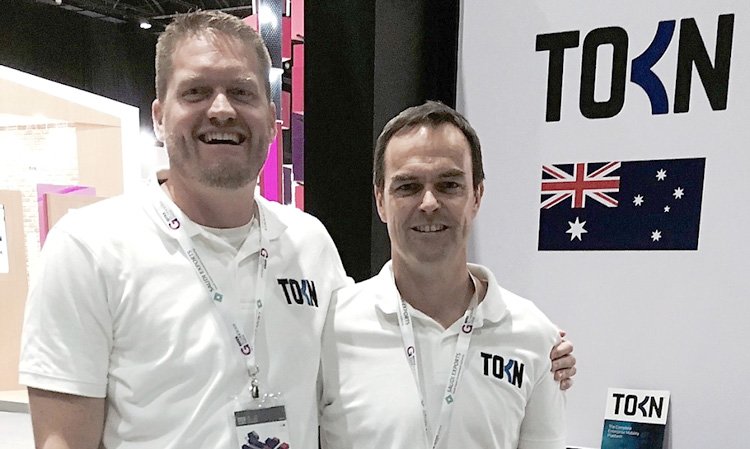