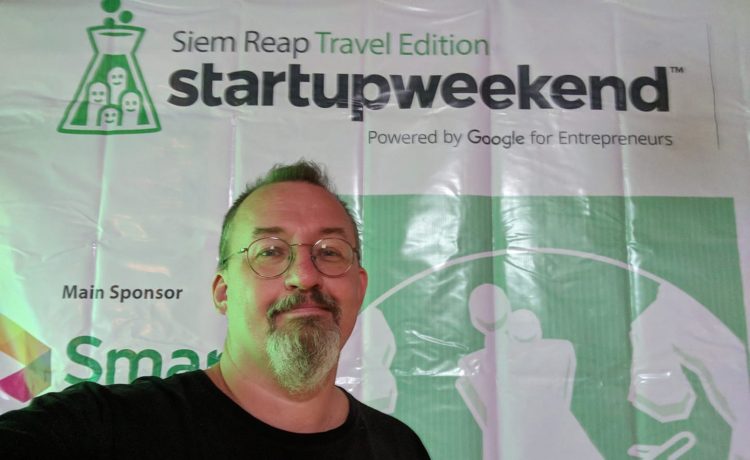 Having facilitated many a Startup Weekend in Perth, Startup News cofounder Marcus Holmes facilitated one in Cambodia last weekend. Here’s his report …

Siem Reap is the city next to the famous Angkor Wat temple ruins. Most tourists coming to Cambodia will visit the ruins. So Siem Reap acts as the main hub of Cambodia’s tourist industry. The Startup Weekend reflected this, with a tourism and travel industry theme.

The format of the weekend was exactly the same as it is the world over. Friday evening starts with some talk and then anyone with an idea can pitch it. Then the attendees form teams around the ideas they want to work on. The teams work on the idea all weekend, following the Lean Startup method. On Sunday afternoon, they pitch their result to a panel of judges. The judges pick a couple of winners and everyone goes home.

The Same. But Different.

The point of the weekend is not to create a cohort of new startups, but to educate. Each attendee gets to go through the customer validation process over the weekend. They learn how to validate a business idea by testing whether a customer would actually buy it. 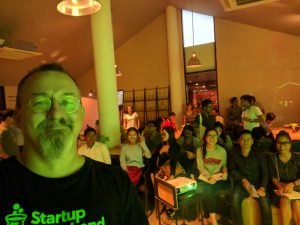 I learned how to facilitate Startup Weekends in Perth, where investment is rare. So I push the teams hard to bootstrap and get customer money by the end of the weekend. Building something is less important than finding out if there’s someone who wants to buy it. So, armed with my experience of running Startup Weekends in Australia, I ran one in Cambodia.

There’s a few cultural differences between Khmer and Aussies. The elephant in the room is the genocide of the Khmer Rouge regime. This lasted 4 years from 1975 to 1979 and killed a quarter of the Khmer population, ~2 million people. The regime killed all their intellectuals and entrepreneurs first. The generation who went through this were very much shaped by their experiences in those few years. There’s also a huge demographic bulge of people aged 20-40 (and a smaller one of <10), for similar reasons as the western baby boom. Khmer people are generally pleasant, humble, talkative, curious and social people. They tend to be deferential to authority, respectful of foreigners, and very averse to conflict.

So the immediate difference at the event is that the attendees paid attention. There was no “why should I listen to you?” challenges. No arguments about… well, anything. Every conversation was respectful and filled with curiosity. I spent a lot of time addressing the whole event, and got a huge positive response. Aussie crowds can be sullen. Khmer crowds are cheerful.

However, just because they listened doesn’t mean they did everything. The Khmer tend not to express disagreement. They listen attentively, agree whole-heartedly, and then do what they wanted to in the first place. It can be frustrating sometimes.

The other big difference was scale. None of the ideas over the weekend had national scale, let alone regional or global. Everyone wanted to create a tourism business in Siem Reap. A couple of teams thought they might be able to extend it to Cambodia later. None of them considered the region. They expressed amazement at any suggestion that they might create a global business.

The teams also had problems with getting customer money. Despite repeated encouragement to conduct a transaction over the weekend, none of the teams did. Some of them asked their customers for money (or said they did). But only one team managed to wave some money at the judges. This was possibly the most frustrating aspect of the weekend from my point of view. I repeatedly talked to teams to show them how to experiment with a transaction, only to come back later to find they hadn’t done it. Some of them told me they had got customer money, only to deny it by the time of the final pitches. I chalked it up to cross-cultural communication difficulties.

Technically, the teams were about as good as any Aussie teams I’ve seen (Saxon excepted, of course). About half the teams built websites, two of them completed apps. This is consistent with what I’ve seen from the startup scene in Perth. Despite the overwhelming popularity of PHP, the technical ability here is solid. 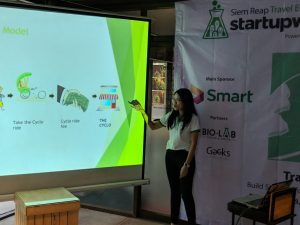 Team Cyclo pitching their stuff at the event

The winner of “best pitch” was Cyclo, who wanted to build solar-powered cycle tuk-tuks for Siem Reap. The entire region’s transport runs on the moto, a term for any motorcycle with a 250cc engine or smaller. These motos are cleverly adapted to become tuk-tuks, flat-beds, trailers, people carriers, anything. People don’t walk anywhere, public transport is non-existent, and roads are chaotic. Moto exhausts shroud the cities in a haze of pollution. The cyclo team wanted to change this by creating solar-powered pedal-driven cycle tuk-tuks. Their plan was to introduce them to Siem Reap as a tourist attraction, then bring them to the cities. They pitched to start with 10 tuk-tuks in Siem Reap, which the mentors and judges swiftly condemned as way too small, suggesting 100 was more suitable.

The winner of “best validated” was Siem Reap Walks. They wanted to introduce local guides to tourists for walks around the Siem Reap area via an app. They validated this idea by talking to travel agencies in the area, and also tourists. They were the only team to actually have customer money by the end of the event. Hence winning “best validated”.

It didn’t help that most of the attendees were business students. Most teams were fully engaged in writing business plans for most of the weekend.

Explaining that the numbers in their plan were guesses was simple. They nodded and agreed, and continued guessing at numbers in their plan. Explaining that if they carried out some experiments to find out real numbers for their plan was simple. They nodded and agreed, and didn’t conduct any experiments. You get the idea. But then, this is common for first-time Startup Weekend attendees, especially business students. The second time, they tend to get the idea more quickly.

The cultural differences and difficulties were subtle but influenced the outcome significantly. As an insight into Asian entrepreneurial culture, it’s all about the local and focused. Businesses here are either small or huge. There’s very little middle ground. The weekend bore that out, with business students reluctant to think big. It’s a welcome change from the Ideas Guy convinced that their idea is worth millions. I hope to see some of these small ideas go large over time.

Marcus Holmes is CEO of the Phnom Penh Post and is based in Phnom Penh, Cambodia. Videos and posts from last weekend’s Startup Weekend Siem Reap event can be seen on Twitter at #swsiemreap. 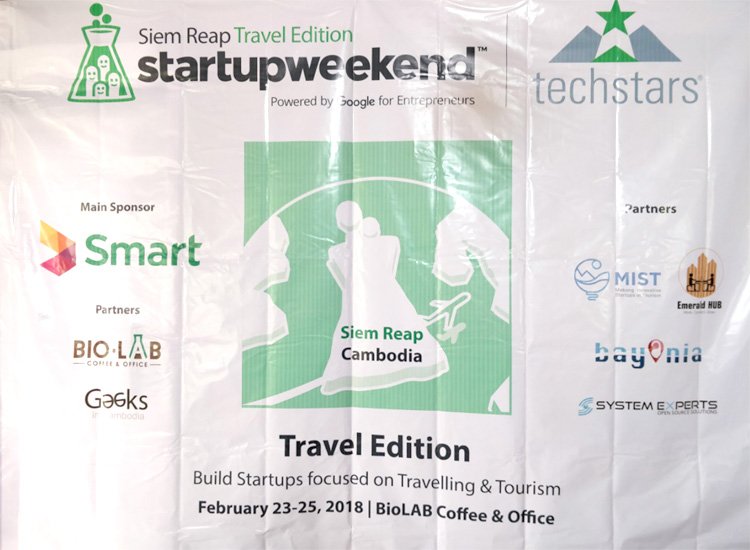 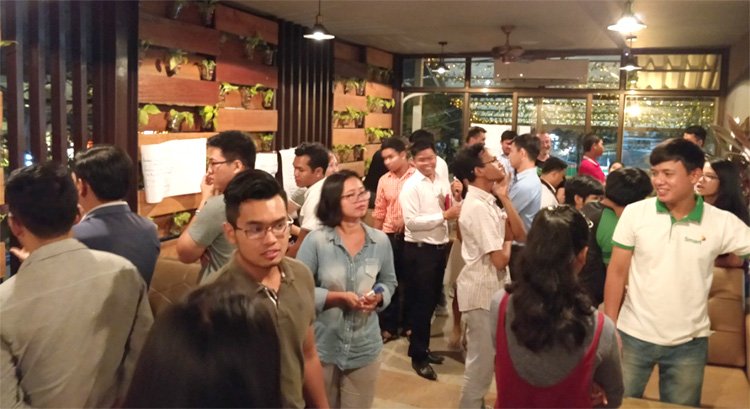