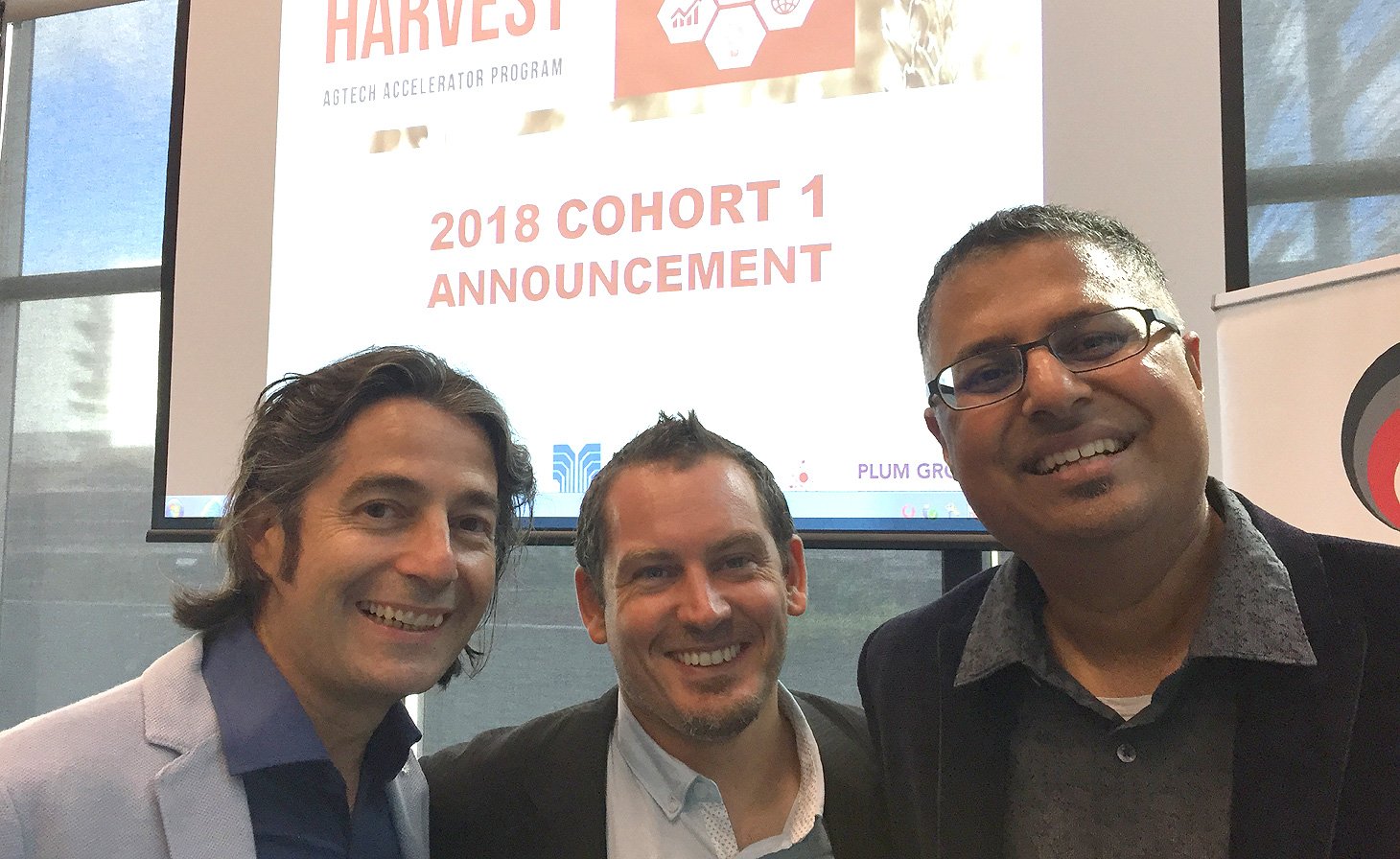 At a packed hall this morning in downtown Perth, the 9 chosen ones for Agristart’s Harvest accelerator were announced…

Like so many others, WA’s agricultural sector played second fiddle during the decade-long mining construction boom that started to fade in 2013. Yet the facts remain that WA is Australia’s largest grain-producing region (worth $5B), as well as being a significant producer of meat and livestock, dairy, wool, horticulture and honey.

WA is one of the most pest and disease-free agricultural areas in the world. After mining, agriculture is our state’s second major export industry. We export 80 per cent of our produce, with 70 per cent going to Asia.

One might think WA would be a great place for ag tech. Take a major industry like agriculture (or mining) and there ye shall find clever tech companies busy innovating away the problems of the industry. And so it is. 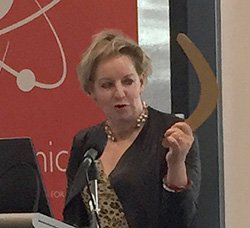 “There’s nothing wrong with ‘rocks and crops'”, WA Agriculture Minister Alannah MacTiernan reminded those gathered for the announcement this morning, “It can be exciting, innovative.”

Brandishing a boomerang, she continued, “Imagine the leap through made when the aboriginal people developed this piece of technology in order to assist in harvesting food. Innovation has been part of our DNA since time immemorial.”

Promising more announcements around a new digifarming fund and a new technology innovation fund “in the next few weeks” the Minister went on to announce the nine chosen businesses for the 9-week Harvest accelerator program, in alphabetical order:

The products these nine have produced range from drone technology to geofencing to farming crickets as an alternative protein source.

Several of these businesses are from regional areas, and each of them, as Peter Rossdeutscher, AgriStart Director and Cofounder, emphasised, “are beyond startup, and are in the growth stage. They all have products now that can be applied to the ag sector.”

Dr Natasha Ayers, AgriStart Managing Director and Cofounder, MC’d the event. She has a doctorate in Plant Biology, established iPREP WA and is from a farming family.

“The program attracted over 100 enquiries and 42 companies made submissions,” Natasha told the audience, “From there we short listed 23 for the judging panel, who then selected our final nine.”

Chief Scientist Peter Klinken was on hand to mention that “agriculture is one of 5 key areas identified as having great growth potential in the WA economy. Not quantity so much as quality.

“Something like the Harvest accelerator makes an old fossil like me excited. Let’s make sure we don’t sit on our hands and watch everyone else go past us. We don’t want future generations to wonder what we did when we had the opportunity. We want them to think ‘They did a good job‘.”

Ralph Addis, Director General of the Department of Primary Industry & Regional Development said: “I think back to 20 years ago when I set up my own social enterprise in Kununurra, I would have dreamed to have something like Harvest to help me.”

For one of the chosen nine, Chris Baudia from GeoMoby, this is the fourth accelerator he has been through. So, after Founder Institute and AMCOM Upstart in Perth, plus the San Francisco landing pad last year, why was he and his team interested in Harvest? After all, this accelerator does not provide any money nor take an equity stake.

“This one will give us intros to the ag industry,” Chris told Startup News, “We have a geo tagging technology that can be used for any farm asset, or person, or even livestock, as well as a mapping system and digital fences.”

Stuart Kidd, himself a graduate of Vocus Upstart with Everythere, and Founder of Apps People, is a mentor on the program.

“This time around,” he said, “we’re digging for a different reason.”

Feature photo above, from left to right: Stuart Kidd (mentor) with Chris Baudia and Barath Vasudevan from GeoMoby.

The Harvest Accelerator is sponsored by the Department of Primary Industry & Regional Development, Agworld, Plumgrove and CSBP.