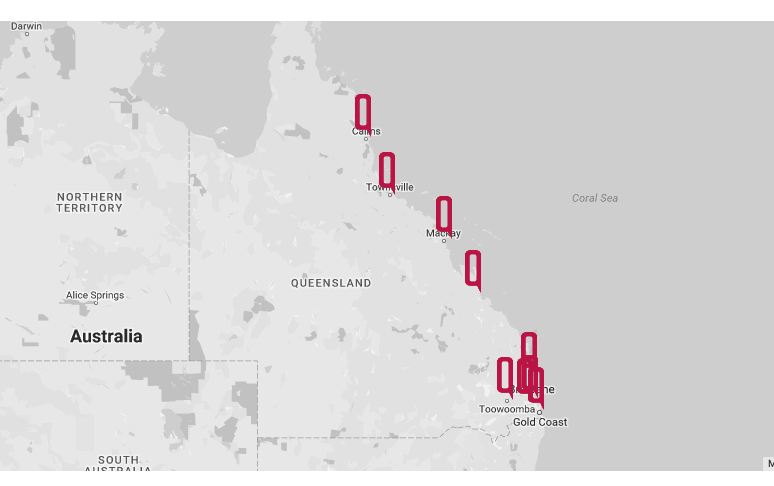 The ongoing discussion about what effective government assistance for startups looks like has a new topic after the Hot Desq program hit Hacker News. 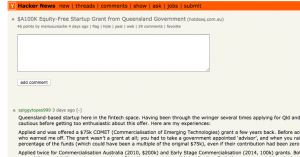 TL;DR: The QLD state government is running a program for out-of-state startups to move to any one of several locations in QLD and get a “free” (no equity) $100K grant. The only condition is that the startup must be incorporated and reside outside QLD to apply. There’s an ongoing condition that recipients must engage with the local community (by accumulating Network Points for doing stuff). That’s it.

There’s a medium post by a recipient of the funding who’s generally positive about the experience: https://medium.com/@hollyc/whats-hot-desq-really-like-faqs-from-someone-who-knows-5dc453d86da6. It seems the QLD government are actually doing what they say they are.

If this was the only program that the QLD government provided then I could see their startups getting pretty indignant. But they’ve been pouring funding into the state’s startup economy for a few years now. When I facilitated Startup Weekend Mackay back in 2015 there was a state government representative present and I got to talk to her about their attitude. What is notable is that instead of recruiting civil servants to represent government, they recruited local community members, who then made recommendations to the government about how to spend the available budget. I’ve met people in similar roles from London and Toronto, and in each of those cases they felt they were making a difference and helping local startups get past the valley of death and become successful. The government has a number of programs aimed at helping startups, and the attitude seemed to be “we’ll fund things that the community thinks will help” rather than “we’ll fund things that make ministers look good”. Highly commendable and unusual for governments!

But, bribing startups to move to your state? It does seem a little ridiculous. You can imagine a world where nomadic startups migrate around the world taking advantage of this sort of thing. Oh hang on, that already exists. Smart digital nomads have been doing this for years. Generally they stay in a place until the grant runs out, then move on to the next one. Chile was famous for this for a while, providing all sorts of incentives for startups to move there. 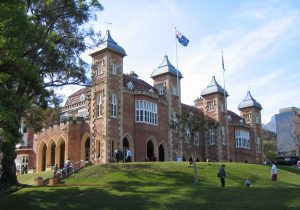 I don’t know if the WA government will do the same thing. Obviously we’re starting to see a competitive market for startups to relocate, though trying to wean Sydney startups off the enormous funding teat that they have will be a challenge.

Though, to be honest, it’s been a competitive market all the time. We routinely lose local startups to the Eastern states (buh-bye Yabble) for various reasons, mostly funding or market-related. To keep Perth startups here, we need to raise our game. Currently founders only move to Perth to have babies here, or because the kids are happy here. Almost all our young, single, founders move east as soon as it becomes obvious they’ll get better results there.

We need to do something. Is outright bribery the right thing to do?

Answers on a postcard to StartupWA, they’re the folks who we need to be on this and in the state’s face about it…