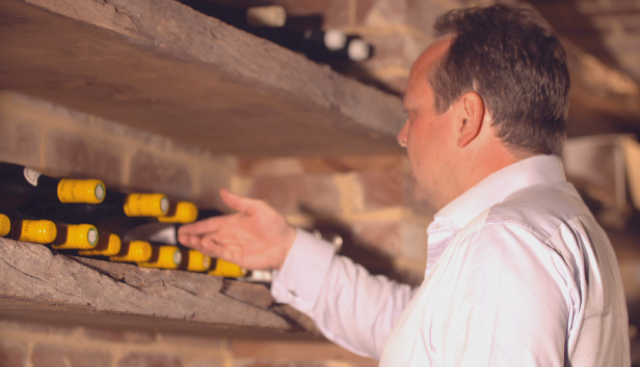 Dawine is a Perth business that recently completed its RTO (Reverse TakeOver) listing on the ASX. We asked Piers Lewis, Dawine’s Executive Chairman, a few questions about their business, progress and goals.

Dawine’s motto is “From winemaker to wine lover”, and I will explain this in more detail.  Dawine is a B2C online wine portal, showcasing handpicked wines from around the world to the wine loving public of China.  China’s thirst for wine is growing at well documented rates and Dawine is entering this lucrative market at a very exciting time.  It is also well documented that China’s eCommerce spend is also increasing at an eye catching rate, with Singles Day in November being a good case in point.  More and more people in China and around the world are purchasing wine online via B2C portal’s, such as Dawine.  They are buying via their laptop/PC, mobile or tablet, and Dawine offers these choices.  With the China public being relatively new to wine by western standards, making a choice on which wine to buy is increasingly difficult.  Some sites literally have thousands of wines to choose from.  Dawine hand picks quality wines from quality producers in some of the world’s best known wine regions.  Dawine sources the wines direct from the winery to ensure authenticity of the product we sell to our customers, which is a known issue in China.  Additionally, instead of just offering a wine with a short description and the price like our competitors, Dawine provides its customers with information about why we chose to offer the wine, usually with video footage of the winery and people behind the wine and the region.  Making a choice to buy a wine online can sometimes be risky and a leap of faith, Dawine will provide more information to its customers so they can make a more informed decision.  Additionally, the wines have been selected by our tasting panel out of 1000s of wines available, so the quality being offered is consistent.

//SN: What led to the decision to raise funds via a Reverse Takeover?

Synergies between Brand New Vintage’s business and Dawine’s business led to the initial discussions between the two parties.  By acquiring Dawine, BNV shareholders remained in the wine industry, whilst Dawine was able to raise funds through a publicly listed vehicle.  Often with RTOs the incoming business is different to the existing business, with the original shareholders feeling they own shares in a business or industry they are unfamiliar with.  The difference between what BNV did and what Dawine will do should be understood by the existing shareholders and hopefully not cause that disconnect.

//SN: How was that process? How long did it take, what were the major hurdles?

The RTO process was quite difficult.  RTOs have been under increased scrutiny by the ASX and ASIC of late and Dawine’s RTO process took 12 months to complete since first discussions were held.  Despite being an Australian company, with an Australian board and management and predominantly Australian shareholders, having a business operating in China raised further scrutiny by the regulators.  We persisted with the RTO despite these obstacles as the synergies between the 2 companies were strong and I had the belief that Dawine belonged as a listed entity on the ASX.

//SN: What does this raise enable the business to do?

By raising $3.0m via the public offer, Dawine is now well funded to market Dawine in China.  Marketing spend will predominantly be digital, with a focus on social media and other distribution channels already trusted and used in China.  Additionally, funds will be used to purchase wine and import the wine as well as running the warehouse in Shanghai’s FTZ and continued working capital.

//SN: What advice would you give to any other startups going through the same process?

Startups are very important to the Australian economy and the ASX and I personally encourage people thinking of giving it a try to do so.  However, it should be understood the sacrifices that are often required, especially if you are not appropriately funded at the start.  Working for quite sometime with no income from the venture is often required.

//SN: What’s the thing you’re most proud of so far?

Like a lot of companies that start initially with a concept and develop to an operating business, there are many hurdles, twists and turns that you encounter.  Our core team has remained in place since very early on and we have overcome so many different issues along the way.  I am extremely proud to have such a fantastic team that has experienced this with me, and worked through the issues efficiently and professionally.

Dawine is focused on penetrating the online wine market in China, and providing quality wine to our customers.  Our goal is to provide this quality service to more and more customers over the coming months

//SN: Thanks for talking to us, good luck with the post-RTO growth!