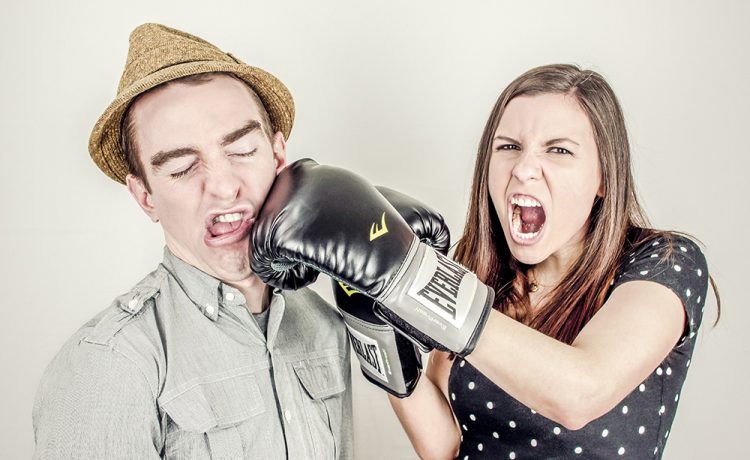 We’ve all heard about ‘building influence’ and creating ‘thought leadership’. If you think those are bad, here are six statements that are so incredibly annoying, that if you were to say them, I believe you need a five knuckle facial.

To be fair, poor founders have no time to learn new phrases. They are busy staying up writing code, and talking shit with their startup buddies in their 208 Slack channels that are oh so invite only. So, for those wonderful entrepreneurial types, I suggest you put down that dog eared copy of ‘How to Win Friends and Stop Shitting People by Going on About your Insane Startup Idea’, and promise to never say the following six statements…

Disrupting? The f&%k does that actually mean? You are more likely to be planning on getting some hard earned marketshare, in the face of adversity from having to challenge a few well known and well funded incumbent businesses.

Not really ‘disruption’, right? Disruption is letting go of a nasty bout of very loud and low pitched flatulence in your university exam, not when you are a starry eyed dreamer hoping to make a difference in a particular industry.

That is a ‘immediately place closed hand in speakers face’ term. Try to disrupt that, punk.

We plan to move humanity forward

No. No, never say that. That is not even a thing.

I know, I know, I mentioned the same people in my last article, and my therapist tells me that I should relax and stop making voodoo dolls out of people, but really? Move. Humanity. Forward?

I recommend when you observe a misguided founder stating that, you should retort with; You. Are. A. Moron, Friend.

Comparing yourself by stealing two business models or brands and trying to smash them together is as impressive as smashing together two empty beer cans at midnight in some dark carpark of a bogan pub in the southern suburbs. Yep, it’s just plain bullshit.

Sure, it’s easy to say (and a shitload easier to remember) but if you believe in your startup, why don’t you say [Startup Name] adds value to [consumer segment] by [doing something cool]?

Still not sure what to actually say, outside of buzzwords past their use-by date? Really want to still use an X for Y statement? Then you should see this glorious website.

We are moving fast and breaking things

What you mean is you’re doing your best to skill up that 15 year old intern who is on a regularly crashing laptop, probably due to the weight of all those cool startup stickers (most of which have since crashed and burned) on the case.

You understand that the opposite of lean is shite, and that bugs are inevitable at 100mph typing. You’re not moving fast and breaking things intentionally though; you are just trying to survive on cheap instant noodles and 2 hours of sleep a night.

[Startup Name] is a game changer

Yeah, this puppy is as bad as disruption. Unless, of course, you’ve created something that actually changes a game. Like, a hack to extend Minecraft, a new folding board to replace Monopoly.

Otherwise, I suggest you come back when you actually have frigging changed the game. Then you’ll be all grown up, feeling successful, and can proudly boast ‘Yes, jolly good, we did well in this market’ with your mates in the back of one of those godawful stretch hummers.

We are currently ‘doubling down’

Not convinced? Have a read of this great article, Double down: a brief history of the most meaningless phrase in tech by our friends at The Verge.

I hope that by reading the above, you prevent a moment of meaningless violence, even when, to be honest, it’s your fault for saying such dumb shit.

Oh, and while I’m at it, I do apologise to anyone I have offended in my past articles. No, I don’t actually; that’s just my third glass of Macallan Sherry Oak Whisky talking. I really should get to my brunch meeting now.