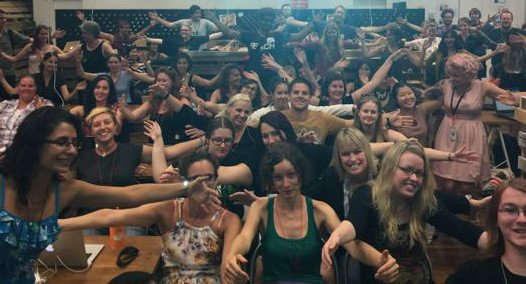 Perth {Web} Girls is a women-only one-day event providing tuition and mentoring for web development. The next event is announced for 17th September 2016.

Perth {Web} Girls (http://perthwebgirls.com) grew out of the RailsGirls events which started in 2014. RailsGirls is a global movement teaching women how to develop web applications in Ruby on Rails.

The Python community contributed with a DjangoGirls collaboration in 2015, creating the first Perth {Web} Girls event. Then in 2016 the event dropped Ruby and added HTML & CSS, mentored by the amazing Fenders meetup group.

Jessica Budd, an attendee at the last event, said:

“Perth Web Girls was an awesome introduction to the world of coding in a a fun and supportive environment. Thanks to this workshop I am now studying to be a web developer!”

For the next event, on Spetember 17th, Ruby on Rails is once more an option, with mentoring provided by the RORO Perth meetup group. For the first time there will be three options available for attendees to learn: Rails, Django or HTML/CSS.

More information and the signup links can be found on the website: http://perthwebgirls.com