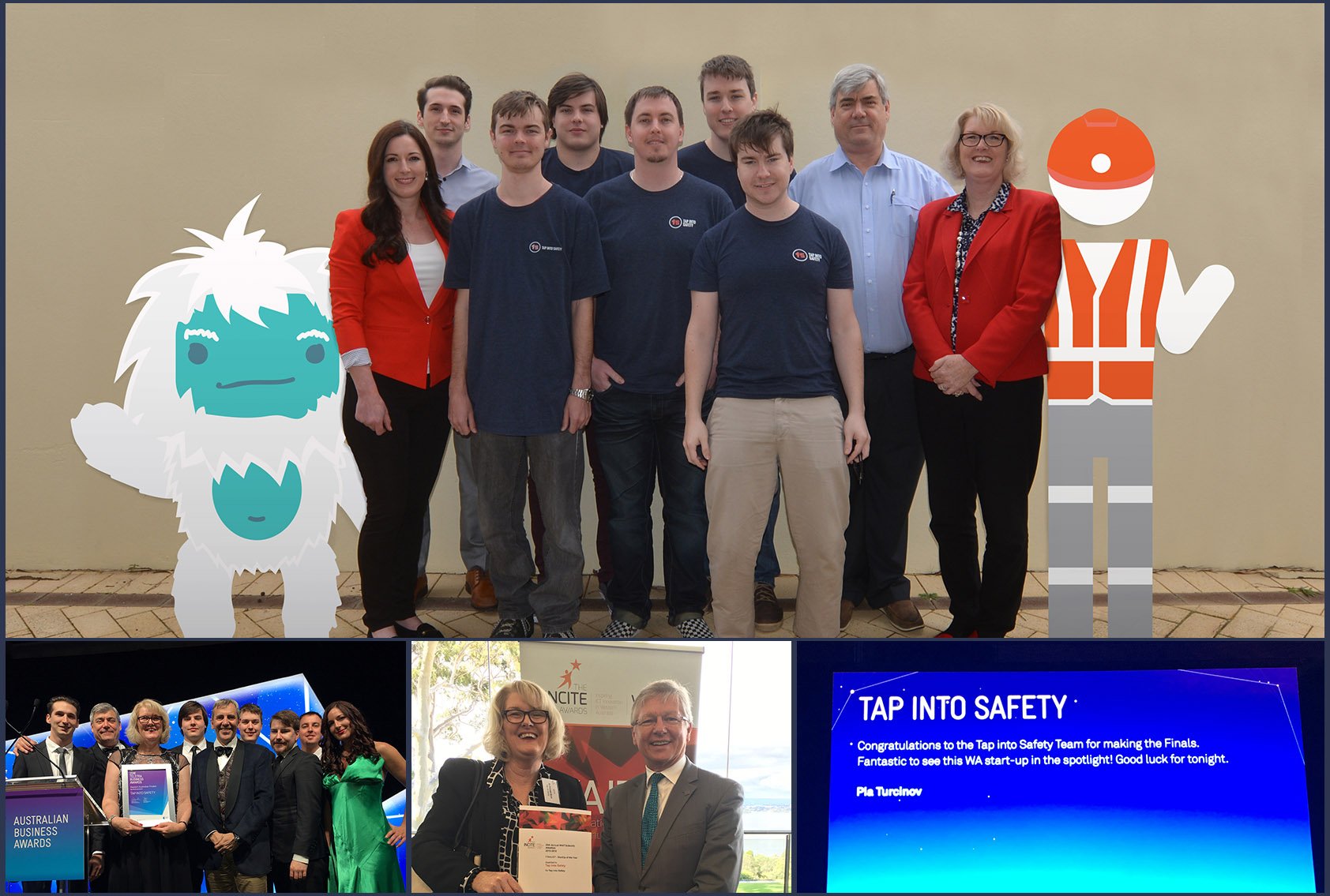 Tap Into Safety are one of the growing collection of Perth startup success stories coming out of the community. We’ve interviewed the founder, Dr Sue Bahn, before, and thought it was time to catch up and hear the story so far again.

Dr Susanne Bahn was researching at ECU’s school of business in 2013. Her PhD and related endeavours has her internationally recognised as a health and safety expert. Through her extensive research and consulting work she uncovered a trend in the behaviour of safety training. The transfer between the training and applying the training to the workplace was lacking. People would tune out of safety training sessions and simply not engage. We can all relate to that and groan at the thought of doing another safety induction.

Her partner, Geoff, was consulting for some of the biggest names in mining. He was travelling all over Australia improving the systems that handled the safety processes within their organisations.

One Sunday evening at 10pm Sue had an epiphany while in the shower: “we need to get safety training onto mobile devices”. That started a two hour planning session with Geoff. They considered the growth of mobile devices, mobile games and the tech industry in general. Combined it with proven gaming techniques that improve learning… all on the back of the fundamental health and safety research. Tap into Safety was born!

With Australian Universities having a notorious reputation for under-commercialising. Sue knew that she had to run with the idea alone.

The founders engaged a boutique app development agency in Perth to develop the first iteration of the Tap into Safety platform. The house was re-mortgaged. Their prized possession, a classic car, was sold. Within 3 months they had made their first sale to a very large labour hire company. Unfortunately, the labour hire company was bought out and broke the contract. Also at this time, 2014, they started to see Western Australia hurting from the downturn of the resources industry. The industries that funded the fundamental research were in trouble. Times were bleak. Sue says of this time:

“After all the hard work and development we started to wonder if we had got this right after all. Organisations who were interested, stopped returning phone calls. I didn’t blame them, it (economy) has had an impact on all Western Australians. It was scary.”

It wasn’t all doom and gloom though. Throughout 2015 there were accolades and achievements that kept feeding the entrepreneurial machine. Tap into Safety were awarded the Accelerating Commercialisation Grant by the Federal Government and were finalists for WAITTA, OzApps and Innovator of the Year. It was these wins that encouraged Sue to go after the crew that built her original platform and has secured every single one of them as in-house employees. Sue believes that:

“Your team has to believe in what you are doing, or they won’t put in the extra 10% to build and grow the business”.

Come 2016, Tap into Safety is now an unstoppable force of 10 staff, including local tech heavyweight, Peter Rossdeutscher as a strategic advisor. Deloitte hosted a product launch for the company in March with the Hon. Michael Mischin MLC, Minister for Commerce as keynote. Springboarding off this event allowed Tap into Safety to listen and adapt to what their customers wanted, and this has resulted in them working with Lendlease and the Australian Asphalt Pavement Association.

To no surprise, this year has seen Tap into Safety as finalists for Telstra Business Awards, WA Innovator of the Year and WAITTA.

This is only the beginning for Tap into Safety. As they continue to improve their software platform they have leveraged the underlying methodology to branch out into mental health through a new division in the company called Mindview, which is headed up by Philippa Vojnovic, National Manager & Senior Counsellor and recent 40under40 winner. Sue says of this approach:

“It’s the same methodology, it’s early intervention, backed by research and delivered in an engaging, approachable and fun way.”

Tap into Safety is a story of persistence, especially in the tough times. And about listening to your customers and building what they want. Sue says

“It’s about learning. Learning about myself as a leader, what our customers want and how to build the best, well-oiled team”

Thanks for giving us the update, congratulations on the wins, and we look forward to a bright future for one of Perth’s successes! You can find out more about Tap Into Safety on their website: http://www.tapintosafety.com.au/