Friday (24th June) was the 25th annual WAITTA Incite awards — WA’s iAwards and one of our industry’s biggest nights celebrating tech and innovation in Western Australia. It was a big night not only for WA games, but also for diversity in the industry.

Globally, the games industry is worth $100 billion. WA produces nearly 10% of all Australian games, with local talent receiving numerous awards and recognition for games across a variety of platforms including VR, despite almost no government support (contrast with Victoria, which produces 50% of Australian games, and receives loads of incredible state level funding — imagine what we could do with the same support!) 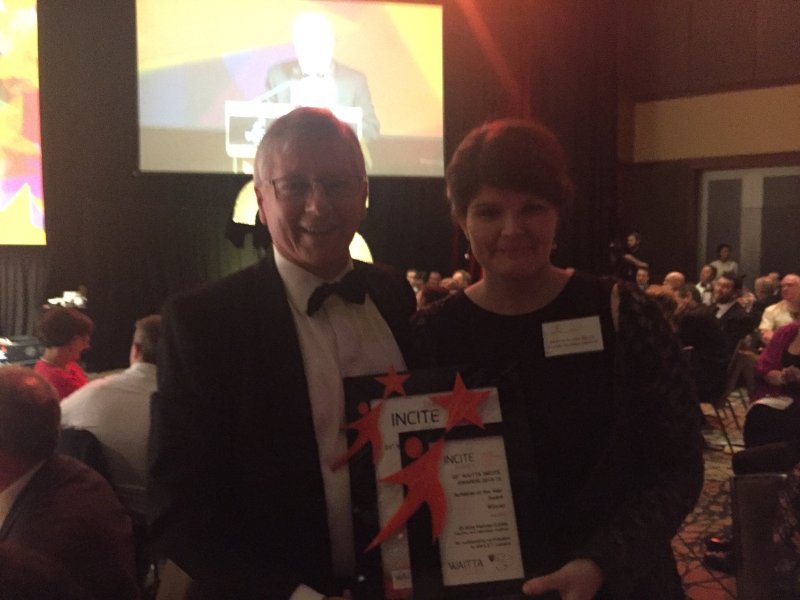 It’s an industry for which I’ve been advocating and supporting as part of my role as the Director of Games and Interactive at FTI, so I was so proud to see Stirfire Studios as a finalist for Most Creative Media & Entertainment Technology for their VR offering Symphony of the Machine, who are now going on to the iAwards in Melbourne later this year.

I am also incredibly proud and honoured to have received the evening’s Achiever of the Year award for my making games and supporting, activating and advocating for the industry.

I have been previously recognised for my work as a woman, so to be recognised regardless of my gender goes a long way to normalise and mainstream the involvement and contribution of women and other underrepresented groups in games and tech (what I like to call the “unusual suspects”). And did I mention that Stifire just happens to have been co-founded by a woman (Lisa Evans), have a very talented lady as their lead game designer (Lisa Rye), and is totally LGTBQI friendly (Maya Kerr, now of Metaverse Makeovers, was previously a lead developer). We are seeing the future of the games industry here. 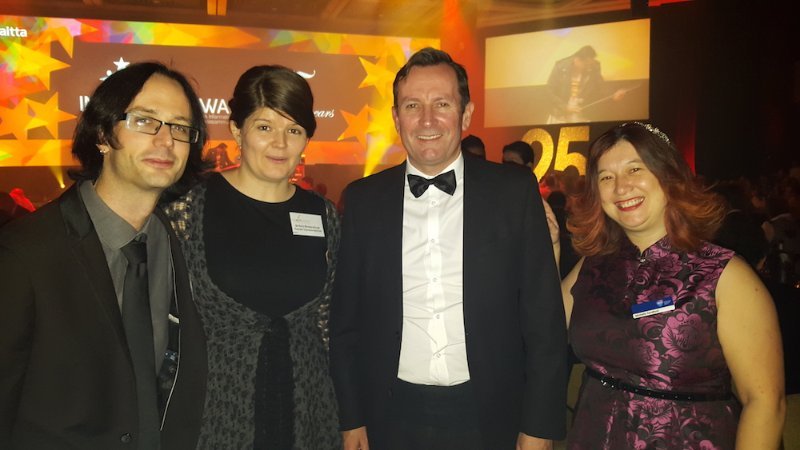 Further, as a game designer and industry champion, receiving the award along with the recognition received by Stifire Studios is a huge win for WA’s games industry, once again affirming that we’re a critical part of of WA’s innovation economy and tech ecosystem.

WAITTA deserves massive kudos for such an innovative and diverse awards night.

Dr Kate Raynes-Goldie is the director, Games and Interactive at FTI, and you can read her thoughts on life and game here: http://www.k4t3.org/