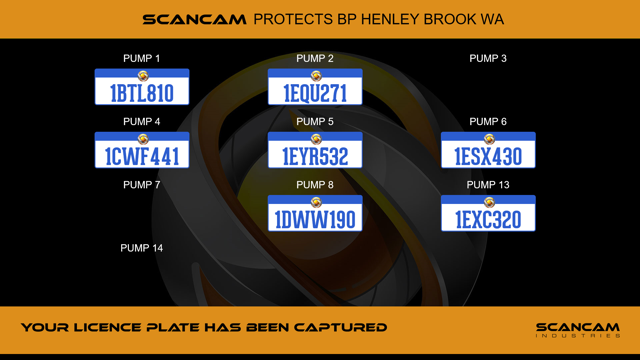 Scancam are a Perth startup solving a big problem for petrol stations. This is their press release about their story so far.

The Scancam story began in 2015, when Eoin was heading home after a long shift working as a security guard in Perth. Eoin pulled into a petrol station and while waiting in line, observed the way that the service station manager dealt with fuel theft, a problem costing Australian petrol stations over $120M in lost revenue annually. Before explaining the process, allow us to highlight the significance of this global problem, which is best summed through headlines from across the world: 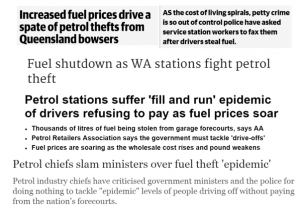 In addition, the lack of governance around this crime contributes to violent incidences with many reports of station managers seriously injured.

Let’s return to Eoin, who was observing the process to manage this serious issue, which went something like this:

There was no possible way to capture the licence plates of each vehicle filling up, the reporting could only be done by a manager and there was no avenue to recover the debt.

Learning about this flawed process triggered an idea and Eoin joined forces with Anthony to create Scancam Industries. 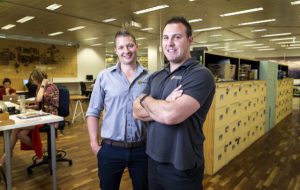 The solution works by scanning plates at service stations, sending the scanned plate for plate recognition, recording plate detections and counter checking against a database of offenders. The system handles thousands of events for each site and is fast enough to display the plate/offender at the site within seconds to prevent offenders from reoffending. If a known offender tries to fill up, they are forced to pre pay in store with the bowser shutting down. The solution has reduced the cumbersome, inaccurate and manual process from over 30 minutes to just under 5 minutes, guaranteeing its effectiveness.

Fast forward to 2016 and the company has won a number industry awards for innovation and are proving themselves as a serious security solution in the market, with a pilot coming up in the UK in mid-2016.

The journey to where they are now has not been smooth for the two founders. When Josh Boys, Ignia Director first met the pair at an event for the startup community in Perth, the business was in somewhat a rut, constrained by technology and finding it difficult to scale. 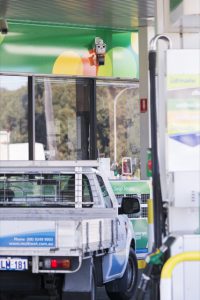 “We shared our plans with Josh over a beer and by the end of the night, he’d essentially designed a new architecture for us on the back of a napkin,” recalled Anthony. Scancam’s solution was built on Ruby on Rails and running in AWS, but was experiencing significant performance issues.

“With our aggressive growth plans, needed a platform that can scale with the business and reduce operational costs,” explained Anthony. “Josh had us sold on what Microsoft Azure and IoT can do for us within that first meeting.”

For more technical glimpse into the project, you can read the case study created in late 2015. Since then, the company has gone from strength to strength and is rolling out new features, leveraging the newly announced Azure Functions and Azure Cognitive Services along with Azure Machine Learning. They’re predicting patterns in drive off related to fuel prices, weather conditions, and demographic areas with a plan to integrate facial recognition software combined with registration details.

“With the ability to analyse a number of variables e.g., how often do customers fill up petrol, what’s the average interval between fill ups, impact of fuel pricing, we’re looking to implement loyalty programs and provide an API for third-party integration,” continued Anthony.

In addition to a huge lift in service station employees’ morale- who feel safer and more confident, the station owners using the Scancam solution are seeing unprecedented results, including:

“While we tend to work with large organisations, supporting the start-up community in Australia is something we are extremely passionate about,” stated Josh. “Our team thrive in an Agile environment and love to present quick wins to our clients, helping them accelerate and innovate upon their ideas.”

The future is bright for Scancam, who are speaking with the world’s largest players in the market and are also doing their bit for the local community, participating in early discussions with state police departments to help combat crime through the use of their technology.

Another great Perth startup set to take on the world! Good luck chaps!