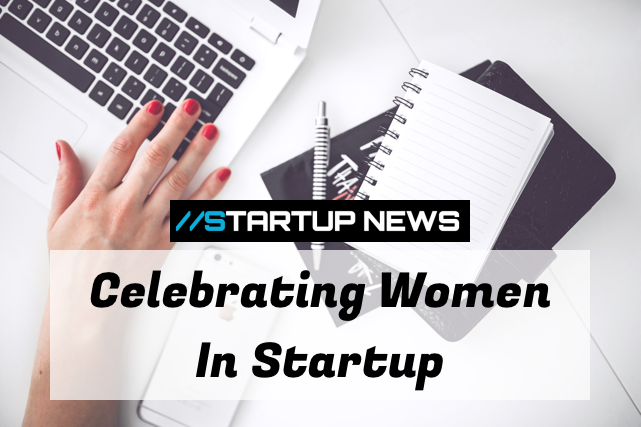 Charlie Gunningham is a well-known figure in the startup scene. Today we welcome him as a contributor to //Startup News. Charlie chose to honour International Women’s Day today with his thoughts on women and diversity in the tech startup space.

I’ve been involved in the Perth tech startup scene since 1999, and it’s come a long way since then. Back in the late 90s and early 2000s, there were no meetups, coworking spaces, accelerators… no ecosystem, nothing much really to help a brave soul along who wanted to boldly go where no man had gone before.

And it was mainly men. When a few internet entrepreneurs bumped into each other (those that had survived the tech wreck of 2000-2001) we would gladly swap war stories and give each other much needed emotional support. Jackie Shervington was running ineedhits.com (the forerunner of Bonfire as it now known) in those days, and the rest of us guys (Laurie from Seabreeze, Nick and I from aussiehome.com, Mark from rent.com.au, Rob from Quickflix, Matt from Minti …) would meet at each other’s offices on an ad hoc rotational basis. What was said in the room, stayed in the room. I learnt a lot from this group, and in many ways, the ideas that were shared kept us alive. From this group I learned more about SEO, the R&D tax incentive, emarketing, hosting, managing tech teams… than I could have found out on my lonesome, and of course it was practical, leading edge stuff that actually worked. A little ecosystem was born, and we named it eGroup (as Jackie, ever the marketing whizz, told us it should have its own brand.)

I was back at eGroup last Tuesday to hear Mark Woschnak share his stories of running property portals in the mid 1990s (where he had to give a computer with internet to each real estate agent so they could logon), to running a for sale by owner site, then an SMS business, all before founding rent.com.au, raising $10m privately and taking the company to its ASX listing last year. Incredible stuff. It was good to see Jackie in the audience, and a few women (it was 80% men), with one lady asking Mark specifically about the difficulties she had of running a tech startup “being a woman”.

It’s hard for men to empathise with female tech entrepreneurs, and the extra issues that result – not being taken seriously by the ‘money men’, running teams of programmers (mainly, if not exclusively, men). Tech startups are hard enough.

Yet we have seen some shining examples of superb Perth tech businesses founded by women. Canva, now based in Sydney, has Melanie Perkins and partner Cliff Obrecht at the helm; Kanopy (now based in San Francisco) has Olivia Humphrey; AppBot has Claire McGregor along with Stuart Hall.

However, a rudimentary count of the most recent 100 startups in Perth that have launched in the last few years had less than 10 with a female lead or cofounder.

Perth’s startup scene is evolving and not the finished article by any means. No doubt many of us wish there were more deals done, more early stage investment (of the $20k-$50k kind) and more local tech success stories (there’s nothing like these to accelerate the attention, more investment and yet more success stories).

Some things have not changed much since 1999. We still see the Perth tech startup scene predominantly run and populated by men. With today being ‘International Women’s Day‘ (#IWD2016 #pledgeforparity) it is time to think a little bit more about how we can encourage more female participation in all areas of business, including the tech startup sector, all the way up to the top echelons of corporate life.

Achieving equality in the workplace is not just the right thing to do, it makes economic sense. Above and beyond the obvious and outrageous discrimination (systemic, implied, institutional, cultural, terminology…) is the point that we are only “fishing in shallow waters” if we ignore and don’t fully employ the skills of the majority (now 50.8%) of the population – women. The GDP foregone every year in Australia has been assessed to be 20%, or around $300 billion. The top performing companies have at least three women on their Boards.

Last week I was fortunate to hear the former Sex Discrimination Commissioner (and former lawyer and NSW Businesswoman of the Year) Elizabeth Broderick talk on these issues.

“In Australia today,” she says, “there are 1.4 million women suffering physical violence at home.”

One solution? Get the people with the power (men) to act.

Male Champions of Change is an attempt to do just that. Men champion the changes in the home and at work, because this needs to be as much as male movement as a women one.

It was good to see that Springboard (a US-based accelerator for women entrepreneurs) opened for applications last week. It’s been going 4 years in Australia, and 3 in WA, and some of the excellent people who have taken part in recent years spoke about their experiences since going through the Springboard program at the launch (see photo above).

Most have either raised money or are in the process of doing so, and have had their businesses accelerate dramatically since leaving the program. Sharon Grosser from SEQTA and Louise Daw from MiPlan were on the program in 2013, and have done amazing things in their business since.

A 3-month accelerator for women in (mainly) tech startups is a great way to get women more actively involved and promoted. All other accelerators I’ve been too have had, by sheer weight of numbers, a preponderance of men, usually single and their late 20s and early 30s.

At Springboard, only 8 women are selected from across Australia every year (WA has been well represented recently with 5 in the last 2 years alone) and more information on 2016 applications can be found here. Applications are now open, and close on March 30th. The Bootcamp itself is run in Sydney and will take place from 16 – 18 May 2016 followed by 8 weeks of mentoring before the accelerator culminates in a pitch night for investors. The wonderful Sheryl Frame, from the Department of Commerce, has been pushing Springboard over the past few years, and all the applicants thanked her specifically for encouraging them to enter the program.

Whether it’s tech startups, boards or any type of business, we have to do far more to encourage women to reach the upper levels of organisations. The best two managers (by far) I reported to over my 30 year career have both been women. Women tend to have less ego, are more nurturing of their teams, but can be as steely and tough as the next man. In study after study, women leaders come out as better than men. A 2012 Harvard Business Review report showed women are better business leaders than men in pretty much all leadership and management categories, not just ‘traditional female’ ones. (The ‘traditional female’ attributes assumption is, in itself, insulting to women!)

Perhaps #IWD2016 can focus people’s attentions on this matter, and perhaps you can look at your own organisation and see what you can do. Look around you. There are many practical examples on what to do on the Hire More Women in Tech site.

It’s time to make some changes and develop our local tech scene even further.

We’ll be doing more this week for International Women’s Day. This weekend coming is Perth {Web} Girls! If you didn’t manage to get a place for this one, bookmark the site for the next one.