StoreKat, the self-described “AirBnB for storage spaces”, celebrates their recent inclusion in Spacecubed’s Intensify Scholarship program. We caught up with Kevin Forcier to find out the news and catch up on their plans to launch in the USA later this year.

//Startup News: What’s the story so far with StoreKat?

Kevin: We came up with the idea a couple years ago, and decided to do it during a travel binge. My tech co-founder and I have been mates forever, and we’re both mad snowboarders. We both got bored with our 9-to-5’s and took off on an epic snow trip. Finding suitable storage options in Perth and elsewhere was a problem, and so when we got back we knew we could solve it.

We’ve built a great platform for people wanting to rent some spare storage to people with some items to store. We’re getting traction and customers, people really like what we’re doing. But we’re a marketplace, so building both sides at once is always a problem.

//Startup News: Yeah, that’s never easy. How are you dealing with it?

Kevin: We quickly realised that the key was the commercial self-storage providers. They’ve got all the space, and would allow us to build that side of the marketplace first for no cost. We’re a compelling business case for them because we can provide customers to them for almost no effort. Allowing people to rent out their spare storage space wasn’t a threat to these guys either. It’s been a great market to do this in.

//Startup News: So you got some early traction, and suddenly decided to hit the states?

Kevin: Well, yeah! Whilst we are chasing private investment here in Perth, we mostly were getting offered RTO deals, which just don’t suit us.
We got invited to a conference over in the US so decided that this was our best chance to combine our opportunities and make ourselves known, whilst seeking investment there.  So we decided to set up a Delaware company to simplify the process. While we were dealing with the professionals over there we found that there’s a few plays in the same market over there, but we’re ahead. The message we got loud and clear was that if we were going to ever launch in the US then we needed to do it fast, and we’d have a lot easier time getting investment if we had a presence over there. So we figured “go hard or go home, let’s do it!” and are going ahead with the US launch.

//Startup News: That’s a big step, moving from sleepy little Perth to the USA. How are you dealing with it? 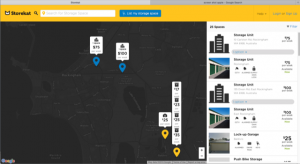 Kevin: Actually it’s not so bad. Perth is as connected as anywhere else in the world. The community here whilst more inclusive is smaller for scaling opportunities, but on an individual basis it’s the same everywhere. Everyone reads the same blogs and has the same understanding of startup and the challenges involved. We can talk to people in the states and they don’t think we’re hillbillies from the desert who know nothing. We’ve got a good idea, we’re getting customers, and we’ve got a market we know how to hit. People want a bit of that.

//Startup News: How are you dealing with the competition?

Kevin: there’s a few other people hitting the same market, yeah. But they’re not killing it, there’s some problems with most of them. Obviously we won’t know if we’re able to beat them until we’ve done it, but there’s no reason why not at this point. Our tech is good, we know the market, we understand the customers and the suppliers. We’ve got as much chance as anyone of doing this.

//Startup News: How has the Spacecubed Intensify program helped you?

Kevin: Spacecubed is the most amazing community. Just being here means I meet so many cool people doing awesome things. The scholarship has been great, it’s introduced me to some really knowledgeable people who have given us some great pointers on problem areas. I’m grateful to Brodie and the team for the help, and would recommend it to anyone doing this. Validation from both the Spacecubed Intensify program and winning a spot on the Curtin Accelerate Program has been super gratifying, and we’ve learned so much from our mentors.

//Startup News: Well, that’s great. We really hope your attempt at going global succeeds and we have our first Perth Unicorn soon!