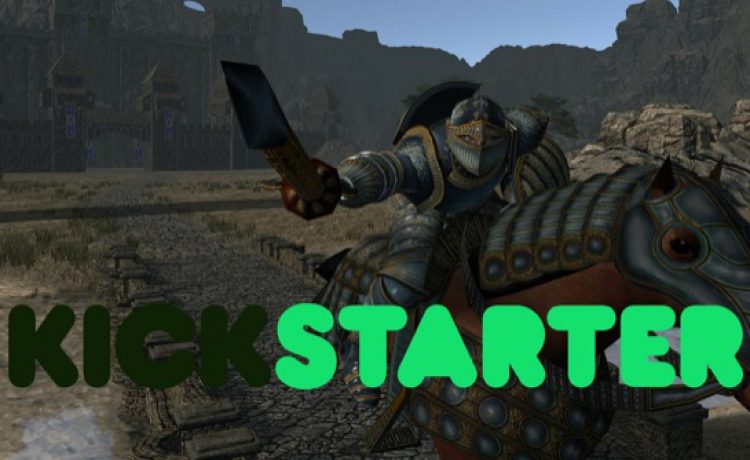 Valiant’s Kickstarter campaign is into its last week, coinciding nicely with the Oculus Rift opening for pre-orders. 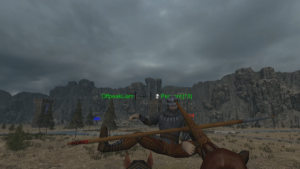 Valiant is a first-person VR medieval combat arena game – in non-game-speak that means you see the world through the protagonist’s eyes, and it’s about hitting people with swords, or in this case lances, in an arena setting that limits how far players can travel. In Valiant you are a mounted medieval knight jousting with other players, aiming to knock them off their horse with your lance. The VR is used to allow each player to see around them completely, and the vision is separate from the motion – so you can look backwards while travelling forwards. 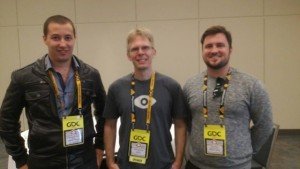 Chris and Liam from Offpeak Games, the game authors, have been working on this game for nearly two years now, having taken a very startup approach to game development. They went through the Ignition program in 2014, and the Amcom Upstart accelerator in 2015. The plan was always to release the game to coincide with the release of the VR headsets, because the game relies on the customers having the headsets (and the headsets need some software and games to be useful).

They currently have a Kickstarter campaign to raise some pre-orders and keep the lights on until the headsets become available. You can find the campaign here, currently it’s a pretty long way from completion, but others have made up this sort of ground in less time.

The Oculus Rift has also opened for pre-orders this week, at AU$920 a pop, plus shipping, so around $1100 in Australia. The herald of the great new age of domestic VR, this device is supposed to usher in a new wave of applications and games that utilise full immersive VR to provide amazing new experiences. 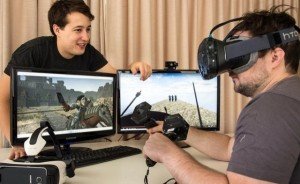 Initial reaction to the Oculus Rift launch has been mixed: this was supposed to be a “democratising” device that finally moved VR into the everyday experience of the home user. Instead its high price (the developer kit versions were US$300 each, which is where everyone expected the retail price to be) means it’s a high-end gamer’s toy, something that few people will buy and that therefore will not create the huge market that will trigger thousands of VR applications. Especially in Australia, because as usual there’s a hefty “Australia tax” on the device; it costs US$600 in the USA.

Chris said “We were looking at the order numbers (on our receipts and friend’s receipts) and trying to work out how many pre-orders they have. If our guesstimates are right, it looks like they were getting 50k orders per 10 minutes, and around 1.5M total from the pre-order rush. Hopefully they announce the pre-order numbers soon. In terms of our projections for Valiant, it’s too early to tell what the final numbers will be.”

But this is version 1, and if the history of consumer electronics has taught us anything, it’s that the price will only go down from here. Demand is huge, and even at these prices the device will sell well. If the only problem with the Oculus Rift is the price at launch, then that’ll be a massive step forward for VR.

Be part of history and back the first Perth-based VR game here!