Starting off as a fortnightly Top 20, it seeks to provide a timely snapshot of Perth’s startup scene and acknowledge startups and tech companies which have been trending during the past couple of weeks. Companies who top our leaderboard will subsequently be invited to special events including a ‘meet the experts’ lunch with members of our Panel of Experts.

ResApp Health is our top trending startup of the fortnight, picking up a nomination from our Panel of Experts, press coverage in Business News and with a substantial improvement in its search engine rankings and daily page views per visitor.

Runner-up is social enterprise eKarma, which featured in the West Australian after being nominated in the final five for the Talent Unleashed Awards, and also picked up a nomination from our Experts. 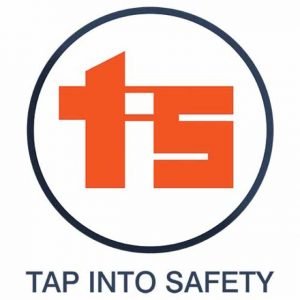 Tap Into Safety rounded out the top three, picking up two Expert nominations and some social media activity (Twitter and Techboard).

Only three other startups picked up a double nomination: OneVR (previously Virtualiis), My Local Savings and TeamAhoy. Visit our top 20 leaderboard at http://www.techboard.com.au/startup-ranking to find out where they ranked.

Incidentally, 30% of the top 20 have company-owned profiles on Techboard. Make sure you claim yours!

How it all works

Generally, our ‘Scoring Bot’ is looking for companies which have been active on social media, generated online traffic, won awards and featured in the press. It crunches a variety of different types of data, from a diverse range of sources, and by applying carefully selected weightings and a little bit of magic, spits out a score for every company featured on Techboard. We expect healthy turnover at top of our leaderboard, as we are focussing on events of the previous fortnight rather than cumulative or historical achievements.

As an indication of the types of inputs being looked at:

Obviously no system is ever perfect, and as such we will carefully monitor the scores being generated and make tweaks and improvements where necessary.

We’re also conscious of the fact that these types of public rankings can occasionally cause controversy and concerns over their reliability. We’d therefore like to offer the below reassurances with respect to the integrity of our scoring system:

Notwithstanding the above, we feel it is important to focus on the positive impact of acknowledging and highlighting local startups. Let’s celebrate the startups that are out there scoring goals, rather than getting too caught up in the finer detail of how the scoring system works.

Check out the full ranking at http://www.techboard.com.au/startup-ranking