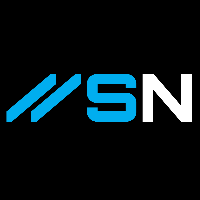 I’m off on my holidays for a few weeks, so it seemed like a good time to give an update on Startup News, and my take on the community.

The last six months has been steady, we’ve been clocking about 5K page views per month, exactly correlated with the number of stories published. We think we have about 800 regular readers, growing about 5% per month, there’s 500+ subscribers to the newsletter (75% Australian, 23% USA, 1% UK, 1% other). A recent influx from autopsy.io (well worth checking out) looking at the Keep Fit Stay Sane post-mortem has added a few thousand more views in the last month, but otherwise it’s been a constant steady accumulation of readers. 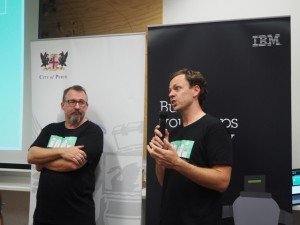 Supporters have been rare, and much appreciated. We’re not making nearly enough from donations to fund //SN, but then I’ve not done nearly enough about promoting the support option or encouraging donations. The experiment is ongoing, but needs to be executed better to prove anything; so far it’s just proved I’m pretty crap at promotion.

As a consequence, the business model for //SN has become more of a method of generating leads for my freelance coding business rather than providing direct income. Which has also meant it’s been hard to justify the time spent creating this much content; you’ll have noticed the number of posts drop off over the past few weeks as I got busy. We’re working to solve this, mostly by bringing on more volunteer posters (thanks Raf and Felicity!), and also investigating other revenue options.

Personally speaking, I would like to see more people working on //SN and rely less on key individuals, making it a community project rather than a small business. Also, separately, I think I’m ready to get back on that horse and do another startup again, as a member of a founding team this time. Let’s see what happens once I’m back from Europe.

This is obviously all my own opinion based on what I’m seeing, your perspective and opinion may differ!

The community is growing. We’re seeing new people at every event, and the old ones are not dropping away as much. We’re also getting better at this: SWPerth was better than ever, and I have high hopes for GovHack this year. We’re seeing more people actually starting things as opposed to just wanting to start things. There’s a noticeable increase in the number of development bureaux servicing the market for websites and apps, and that demand isn’t coming from established businesses. More Perth startups are getting past the ideation stage and getting into actual revenue generation. The recent surge of new accelerators is helping, but it’s also a sign of existing startups maturing and growing.

We’ve got a board position on the national peak body StartupAus, we’ve got our own peak body StartupWA launching soon to engage with government. Govhack has created a lot of awareness within government that there’s something going on here, and the engagement they created with State government outshone most of the other states. We saw Perth’s Lord Mayor attend the entire SWPerth awards ceremony, and there’s more rhetoric from government around “supporting innovation”. Nationally we’re finally starting to see government talk about startup and both parties are starting to put forward plans to invest in tech. 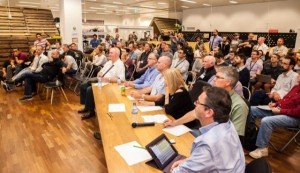 As the resources downturn gets more pronounced, we’re getting more attention from existing Perth investors, and there are multiple ongoing efforts to bridge the gap between investors who are used to investing in resources and the investment models and structures that startups need. I’d like to shout out Innovation Bay and Atomic Sky in particular here, as they’re really engaging and trying to make this work. Also, obviously, Unearthed, who are hitting it from the other angle and getting some real wins.

The message that Perth has a vibrant startup ecosystem that is taking off is getting out there nationally. We’re still just a mining town on the edge of the desert to most Australians, but those who take an interest are surprised to see how vibrant the community is and how much is going on here. Perth startups are getting more prominent on the national stage, and it’s no longer a given that you have to go east to make it big.

I’ve been banging the drum about WWW2017 whenever I can, because if we’re going to get the state government on board with this then we need to present budget proposals to them soon (soon as in September/October) so that they can get budgets approved in time. This is such a huge opportunity for the community and for Perth that we really need to do everything we can to make it an amazing event. If you have any ideas or would like to help, let me know when I get back.

It’s a very exciting time to be involved in the tech startup revolution in Perth. I’m still very optimistic about the outlook for Perth nationally and globally. I think the next 18 months are going to be critical, but if we carry on doing what we’re doing so far we’ll be in an amazing place and really seeing some incredible things happen here.

I’m off around Europe for 6 weeks, checking out some of the scenes there, so Patrick is taking the helm while I’m away. I’ll be back at the end of August, hopefully rested and raring to go!