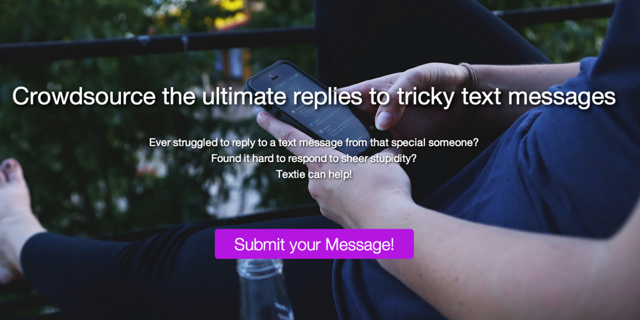 Cam Sinclair was one of Team Textie at Startup Weekend Perth last weekend, and he’s shared his experience from the weekend:

Startup Weekend Perth number SIX(!) – like every Olympic event – was the best one ever (yet!). Team Textie had an amazing experience, with seven members from very different backgrounds teaming up. At 8pm Friday night, we had formed a super group consisting of a climate change PHD, mathematician, mining engineer, Tinder prince/hustler, marketing professional, systems admin and a star programmer.

The team’s original idea was to help people who find it hard to respond to deep and meaningful text messages, sheer stupidity or witty quips. (This has been a struggle since Nokia 5110 bricks were lugged around in school backpacks!) 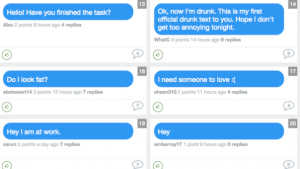 Textie.co was the proposed solution – an online platform to crowdsource the ultimate reply to a tricky text message from that special someone, friend, boss, partner or colleague.

By 11pm Friday night, the developers had begun hacking a rough prototype together using a Reddit-clone called Telescope. Saturday was spent hustling, validating, learning plenty of lessons and polishing the Textie.co website. We collected data from over 150 potential users, refined assumptions and did plenty of social media-ing. By Saturday evening, helpful users were posting their suggested responses to the dozens of text messages being uploaded and their suggestions were being up or down voted. The best replies floated to the top ready to send.

The perils of anonymous posting were soon realised with some rather salty language posted on the page. However, as user numbers grew, the incredible outcome was the crowd censored itself. Poor quality posts were soon voted down and the most interesting ‘juicy’ content gravitated to the top. 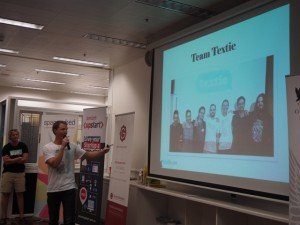 On Sunday afternoon, with the team rushing to complete our final pitch to the Startup Weekend judges, we were excited to announce that a total of 500 unique users had visited the site. Watching the other teams pitch was something else – there are some seriously talented cookies in the Perth tech scene and we were all proud to be part of an event with so much energy and vision.

Meanwhile, unbeknownst to the team, textie.co was submitted to San Francisco-based tech startup site ProductHunt.com. As the US began waking up to their Sunday morning coffee, textie.co’s traffic saw some hockey-stick action. By 5am Monday morning Perth time, over 4,000 users had been to textie.co. As of Tuesday afternoon Perth time, this number has continued to grow past 6,500 – and the content continues to improve. News sites like dailydot.com are even moralising about whether outsourcing your messages on textie.co is right or wrong!

Although textie.co didn’t win Startup Weekend (it didn’t make a dime), the viral aspect of the concept has been validated – people love it. Our hats go off to the seven out of ten teams who earned real revenue during the weekend – amazing effort.

There are still plenty of features the team are keen to add, such as improving retention with
email notifications when your message receives responses, displaying the top two responses to each message on the front page and a nicer boost feature. Alas, we have returned to our day jobs. The team is planning to catch up later in the week to work out where to take the project next (maybe we should ask textie!)

If you like the project, we’d love you to spread the word – share with your friends, on social media, forums anywhere! We’d also love to hear your feedback around how textie.co can be improved further. Startup Weekend Perth 6 – what a blast.

Thanks for sharing Cam, and the best of luck with Textie.co 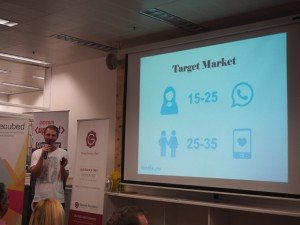