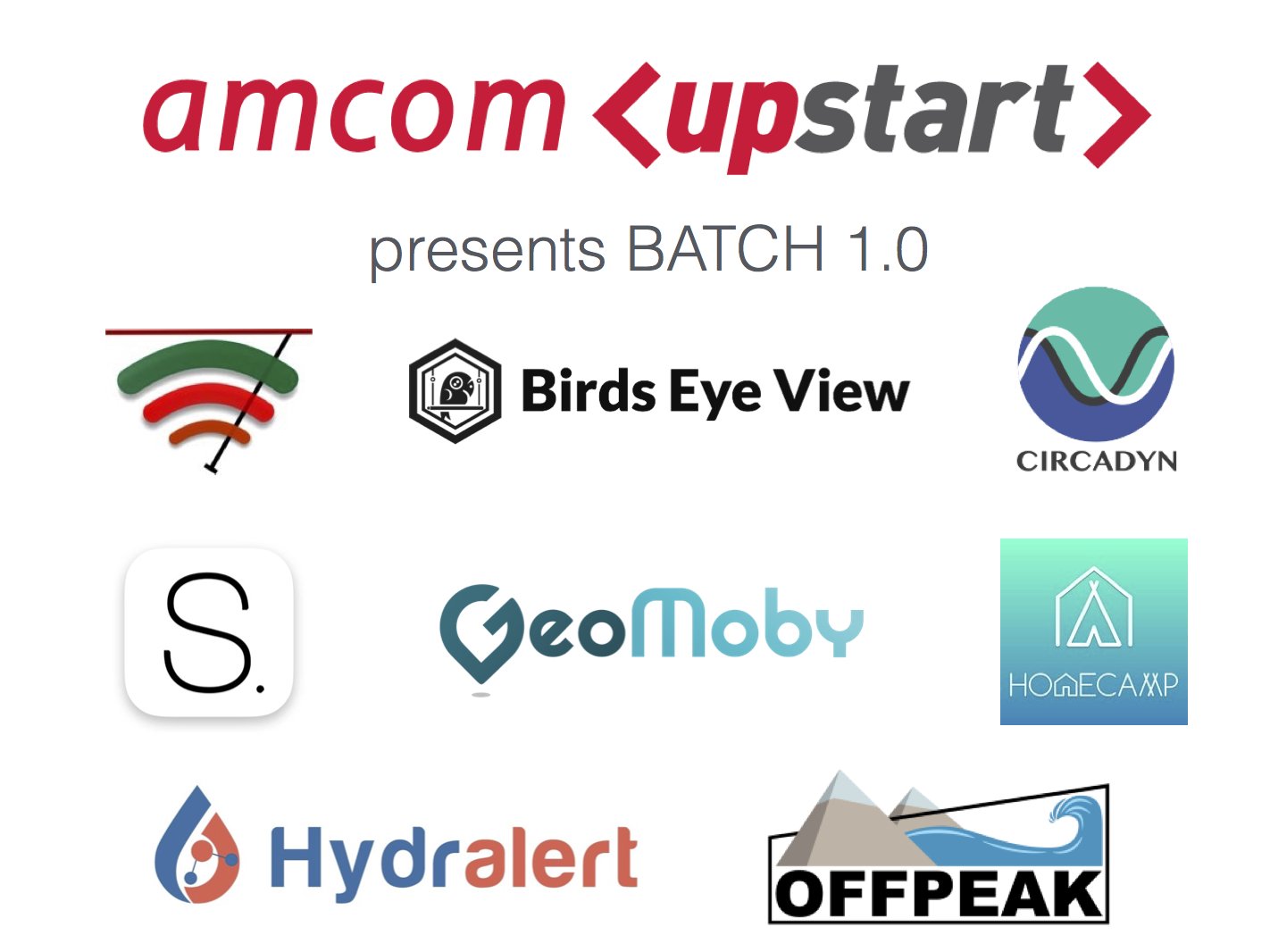 Today, Amcom Upstart, the tech accelerator program created in partnership with eGroup WA and Spacecubed, announced the top tech startup applicants that will be offered a placement in the Amcom Upstart program, commencing June 2 2015.

The ideas these companies have developed vary from monitoring and managing fatigue via wearable technology data; efficiency tools for managers, to Virtual Reality gaming and technology which connects campers to landowners’ outdoor space just like Airbnb does for housing accommodations.

The program received 70 applications both from Australia and internationally, with 12 invited to pitch to an investment committee, which included Amcom Chairman Tony Grist and local Venture Capitalists Matt Macfarlane and Rob Newman.

Tony Grist, Amcom Chairman commented “The quantity and quality of applications received in response to the Amcom Upstart call out proved overwhelmingly
that, not only is there a need for early stage funding in Perth, but that there is depth of innovative talent. The business community just needs to nurture and support that talent.”

eGroup WA Secretary and Amcom Upstart Program Director Robert Nathan said “In a period of limited access to venture capital, this is a great sign for the future of the startup tech sector in WA and those looking for opportunities outside the mining industry.”

Tony Grist, Amcom Chairman concluded “I’m tremendously excited by our winners. Any one of them can be a category killer and lift the profile of the Perth tech community nationally and internationally. In fact, most of them have the ingredients to be very significant businesses.”

The 8 startups selected for the program are:

Australian Geotomography is the brainchild of Bryden Quirk, who spent five years developing and testing the “microscope in a needle” for which he won the Emerging Innovation Category at the 2014 WA Innovator of the Year awards. Bryden is now focussed on lowering the costs of exploration drilling by using very low cost commodity electronics made available due to the widespread adoption of mobile phones.

Birds Eye View is an application for managers. It helps managers get more done every day; showing everything happening in their team at-a-glance, so they know exactly what their people are working on, and how they are going. Birds Eye View replaces a manager’s paper notebook, tracking tasks, priorities, challenges and achievements, and engaging with staff. Birds Eye View is a concept being developed by Damian Bramanis.

Circadyn, founded by Psychologist Felicity Millman, has developed a solution for managing fatigue in the Transport Industry. Fatigue is a major cause of road fatalities in Australia. Circadyn uses information from wearable technology and smart-phone data to provide an alert and dashboard system to monitor fatigue in real-time to improve work and personal lives.

GeoMoby’s software allows businesses to take advantage of laser focussed geo-targeted messaging , solving real world problems across several industries; from increasing sales in Retail and Hospitality, to providing better safety in Mining and Construction, to increasing efficiencies in Banking and payment systems. GeoMoby was founded by Chris Baudia and Zac Durber and was recognised as one of Australia’s most innovative young tech companies by Tech23 in 2014.

Homecamp connects campers and landowners across Australia and helps people find desirable places to camp where regular campsites are not available. Homecamp was founded by David Abitbol and Audrey Krukoff after they spent a year traveling around Australia together.

Hydralert, is a real-time, non-invasive, convenient, automated self-testing device for minimisation and control of heat stress. With global temperatures rising, the need for employers to control heat stress risks adversely effecting employees is emerging as a priority. The idea for Hydralert was conceived by Ryan Wynch, an occupational health specialist, while working in a remote mining and oil and gas site in far north Western Australia.

– no web site yet

Offpeak Games is developing Valiant, one of the first online multiplayer Virtual Reality combat games for Oculus Rift and other leading edge VR platforms. Oculus Rift was acquired by Facebook In 2014 and is due to release headsets to the retail market in the first quarter of 2016. The company was founded by Liam Poli and Chris Parkin (who became friends while studying Engineering at UWA six years ago) and Andrew Ravenscroft.

Snaptch is a mobile portfolio app for models, designed to streamline the worldwide modelling industries shift into the digital space. The app was developed by Tori Bowman, who won the fashion category at the 2014 Australian Mobile & App Design Awards and was named one of the top five Female Australian App Developers in Marie Claire Australia in January 2015.

Congratulations to all the successful applicants, we wish them the best of luck, and we’ll be following their progress as they make it through the program.