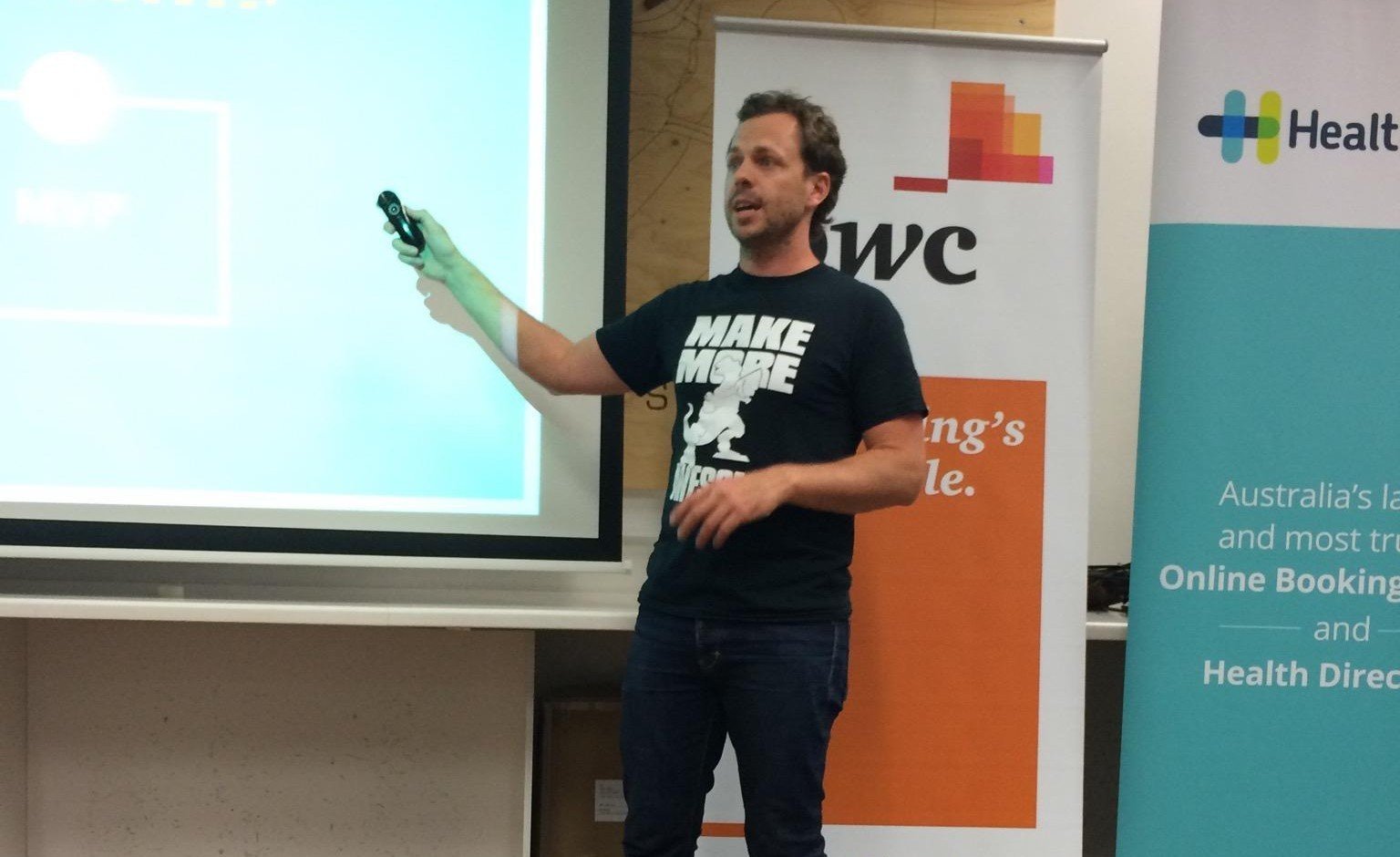 Perth Startup Weekend #5 happened over the weekend of November 21st-23rd, here’s what happened:

For those of you who somehow haven’t heard about Startup Weekend, it’s an event which aims to teach new entrepreneurs about the Lean Startup method of building a business, with the goal of creating a viable business in a single weekend. Perth has been holding two of these events at Spacecubed every year since 2012, thanks to Sam Birmingham who brought the global event to Perth, in his words in order to “give people the chance to make the same mistakes and learn the same lessons I learned when I did my first startup. The difference is that they only need 2.5 days whereas I took 2.5 years!”

Startup Weekend is definitely not about winning or losing, the value is all in the journey and learning that happens along the way. The final teams who survived the journey were (in the order they pitched):

But Startup Weekend wouldn’t be Startup Weekend unless somebody wins. The winners are selected based on a 5-minute pitch on Sunday evening, and in this case there was one clear stand-out winner: Where’s Lois?, followed by 6 other teams who were so close the judges had real trouble picking 2nd and 3rd out of the pack. In the end, PlayAr got second because of the size of its possible market, and JoxxBox got third place because it actually got real revenue from real customers within the weekend. The other teams who almost made it were Tote, Generous, Table-O and Living Library. Living Library took the PwC prize for social contribution after narrowly squeezing out Generous and Social Invest.

Of course, this isn’t how the list of teams started. The 80+ attendees produced roughly 30 pitches on Friday night, and formed into 14 teams.  During the event 9 teams renamed themselves, 5 pivoted to a different idea during the weekend, 2 lost some of their members and moved to a totally different idea and 1 completely imploded and the members moved to other teams. This is a lot higher than previous Startup Weekends, and generally has been taken as a sign of the increasing maturity in the community: people are more willing to abandon their idea if they can’t find a market for it, and allow themselves to be guided by market validation rather than persisting with a bad idea.

Nice to see the diversity ratios increasing, too. there were around 20% female participants, which is above average for the community (and there were only two all-male teams this time), and 2 of the 5 judges were female. Getting there 🙂

The judges (Adam Yap from Health Engine, Claire McGregor from appbot, Charlie Gunningham from Business News, Sheryl Frame from EIP and Justin Scanlan from PwC) were really impressed with the quality of the pitches at the end (genuinely! they were saying this privately as well as publicly), again seeing this as a sign that the community is maturing and improving. Adam Yap commented that some of the pitches he saw here after only a weekend were better than some pitches that he’s seen pitched to professional investors as real deals.

The event is also part of the Global Startup Battle, with over 100 cities (including 6 from Australia) also holding Startup Weekend events. Winning teams from each city will go on to compete in the global competition and hopefully take home one of the global prizes on offer. We’ll find out over the next few weeks whether any of our teams make it anywhere globally. #GoPerth!

The next Perth Startup Weekend will be held sometime in early 2015, once the organisers have recovered any enthusiasm for it. Follow @SWPerth to get the details when they’re published.