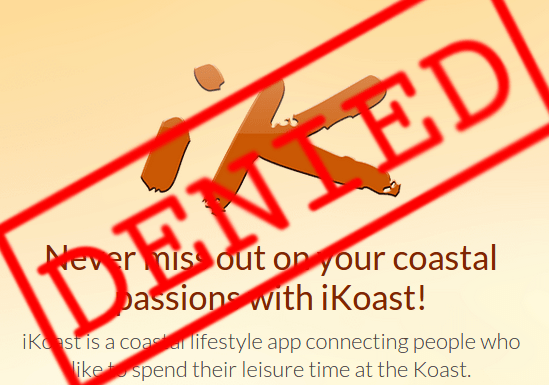 iKoast, a Perth app to track shark movements, has a new competitor: the Government department that declined to partner with them.

There are lots of risks when creating an app, one of which is that someone else will copy your app idea and take some of your market. Mostly we dismiss that risk because the commercial benefits of copying someone else’s app (unless it’s wildly successful) are negligable, and the copying usually happens after you’ve made your money on the app anyway. 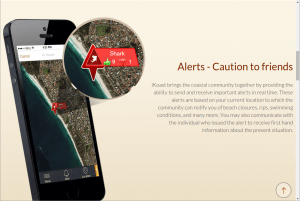 But what if that potential partner is a government department, who don’t care about the commercial disincentives? What if there’s some internal reason that means they won’t work with you and will produce their own version of your app?

This is the nightmare situation facing iKoast. The Department of Fisheries has just released Sharksmart, a web app with very similar features as iKoast’s native app. 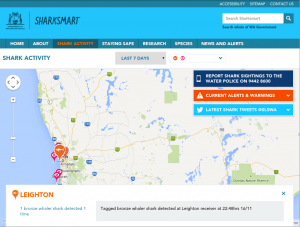 According to iKoast, they attempted to contact Fisheries (and a number of other Government departments) over the past 18 months. Meetings were held, plans discussed, and ultimately declined. iKoast spent $100K on building the app (ouch!) and launched it in March. Fisheries spent $370K on their version (Seriously?  How do you get one of these gigs? $370K for a web app that anyone at GovHack could have put together over a weekend?), with an identical interface and feature set, and launched it this week. At no point did anyone at Fisheries say to iKoast “no thanks, we’re already building that” despite the app development reportedly taking 18 months (again, 18 months? to do this? wow…).

We managed to get a response from Bruno Mezzatesta, ED Regional Services, Department of Fisheries.

“The concept of mapping shark sightings and detections as a means for informing the WA Community has been under development for some time, with the recent announcement only updating a previously existing website map. The Department of Fisheries does not have any further comment to add.”

If Sharksmart was in development before iKoast, then surely when iKoast launched the department would have let them know that they were building SharkSmart? If they didn’t know that iKoast launched, then why? You’d expect them to know about developments affecting their industry, especially if they were already developing a similar app – though I’ve got to say iKoast’s SEO sucks; google searches for “shark sighting app Perth” return nothing for them. If they were aware, why spend so much public money building a competing service that doesn’t add anything?

Our fantastic Lord Mayor, Lisa Scaffidi, understands the importance of a startup community, and the City of Perth, City of Joondalup, Vic Park /South Park local governments have been supportive and amazing at working with local startups, and there are various Federal schemes to support us, but the State gubmint has ignored the entire sector, until now, when they’ve decided to compete with it. It seems if it’s not about digging irreplaceable ores out of the ground and shipping them abroad as fast as possible as cheaply as possible, they’re not interested.

//Startup News invites someone, anyone, from State Government, Fisheries, or the local Liberal party to get in touch and explain what went on here.