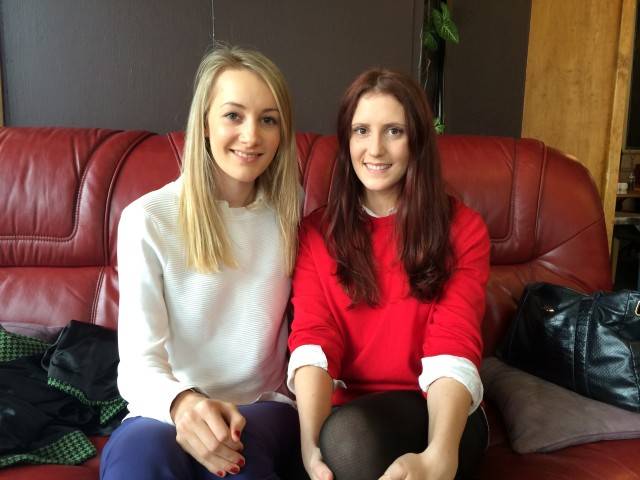 When friends and law students, Louisa Miller and Holly Mitchell, realised that there wasn’t really a website that captured the essence of Perth – one that focussed on fashion, food, culture, and arts – they decided to start one.

That is how The Boyfriend Shirt was born.

“Perth is such a busy city, but unless you are in the loop, you don’t really know what is going on. We wanted to bring all of that into one platform.”

How it is different

While there are other blogs on Perth culture, what makes The Boyfriend Shirt different is how it is presented. “We’re a bit more niche – we go and interview the designers and wear their clothes to events. We want restaurant reviews and recipes that we could stand behind, so that other people can go and enjoy themselves. We want to build a brand that inspires people to get out and experience Perth – make them realise that Perth has everything and that they don’t need to go to other cities.”

The blog, according to Miller and Mitchell, tries to add another dimension to the stories to make it more about the people – “The Mum Stories” as they call it. “We interview people and try to bring everyone down to an individual level. You could be an amazing designer, an innovator, but you could also be a family man who loves your Mum and stays on in Perth because that is where you grew up. This gives our readers a different perspective.”

The blog – from idea to reality

Once the idea clicked in, Miller and Mitchell decided to start out small with an Instagram account. Within a month, they had 600 followers making them realise that there was a market for a website. A friend helped them use Shopify to create the website and tweak it to look exactly like what they had in their minds.

They feel that having their own domain name gives the website more credibility and makes it sound more trustworthy. Another marketing technique they use is sending out a monthly newsletter with the Top 4 topics of the month – one from each category.

Miller and Mitchell have big plans for the blog: a store front where local artists and designers could put their creations up for people to buy. They aim to make it an affordable option for designers, and feature people that they believe in, people who are starting out and cannot pay for a retail space. Having a photographer on the team also allows them to offer designers the option for a shoot.

They would also like to put their law background to good use by pursuing a “niche contract consultation angle”, where they could advise brands about copyright, contracts and payments. They agree that their law background has “given them a good grounding for business” and helps them understand “the little steps like adding credits to photographs.”

Having each other to bounce ideas off and to keep each other in check has helped both of them to come up with better plans. Being friends as well as business partners also allows them to balance the website management along with full time jobs, studies, and commitments to friends and family.
September is Fashion Month and the team is gearing up to cover it as much as they can: Miller is going to Paris to cover the Paris Fashion week focussing on designers from Perth. They are also keen on covering The Perth Fashion Week and other local events.

Miller and Mitchell are also looking forward to a spread feature in CLEO Singapore, something that came about after a random meeting with the editor of the magazine.

Their aim for the website is to be exactly “like the boyfriend shirt – comfy, no-fuss and non-pretentious.” – The Boyfriend Shirt