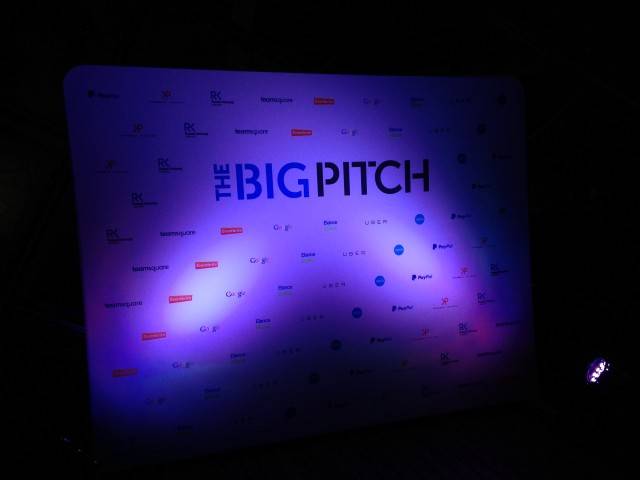 In a bid to find the next big startup ideas in Australia, Larry Kastelman of Oxygen Ventures offered a prize of up to $5m in funding.

5 finalists were selected out of 300+ applications received from startups around Australia and internationally, and they were invited to pitch live at the sell-out event held last night at the Deakin Edge theatre in Melbourne’s Federation Square.

Each had 5 minutes to pitch, then face a grilling from the judges that made Dragons’ Den look like kindergarten.

The room was full of entrepreneurs, investors, startups of all sizes, and service providers, all buzzing with excitement as the finalists presented.

Each one had significant traction already and were seeking funding of between $450K and $2.5m.

First, the winner of the People’s Choice award was announced: Black Delta. Not a huge surprise given the predominantly male, tech audience!

But finding an overall winner proved much more difficult. The judges discussion was described as “robust” and they couldn’t agree on who the outright winner should be … so instead they announced a draw between eCal and WeTeachMe (the extra trophy is in the mail!).

Even though these two were the outright winners, Kastelman announced that Oxygen Ventures would be speaking to each of the finalists to see if they could reach agreement on terms … so everyone’s a winner!

“Oxygen Ventures is always looking for great startups, with world-changing ideas, that we can partner with to grow the company. We’re not a traditional VC. We provide funding plus we become closely involved in the development of our portfolio companies to help them succeed.”

All in all, it was a great night, a fantastic opportunity for each of the startups, and a coming-of-age for the Australian startup scene.

(Ed: This special article was written by Jeff Robson who actually attended the Big Pitch in Melbourne on 17 June 2014.)