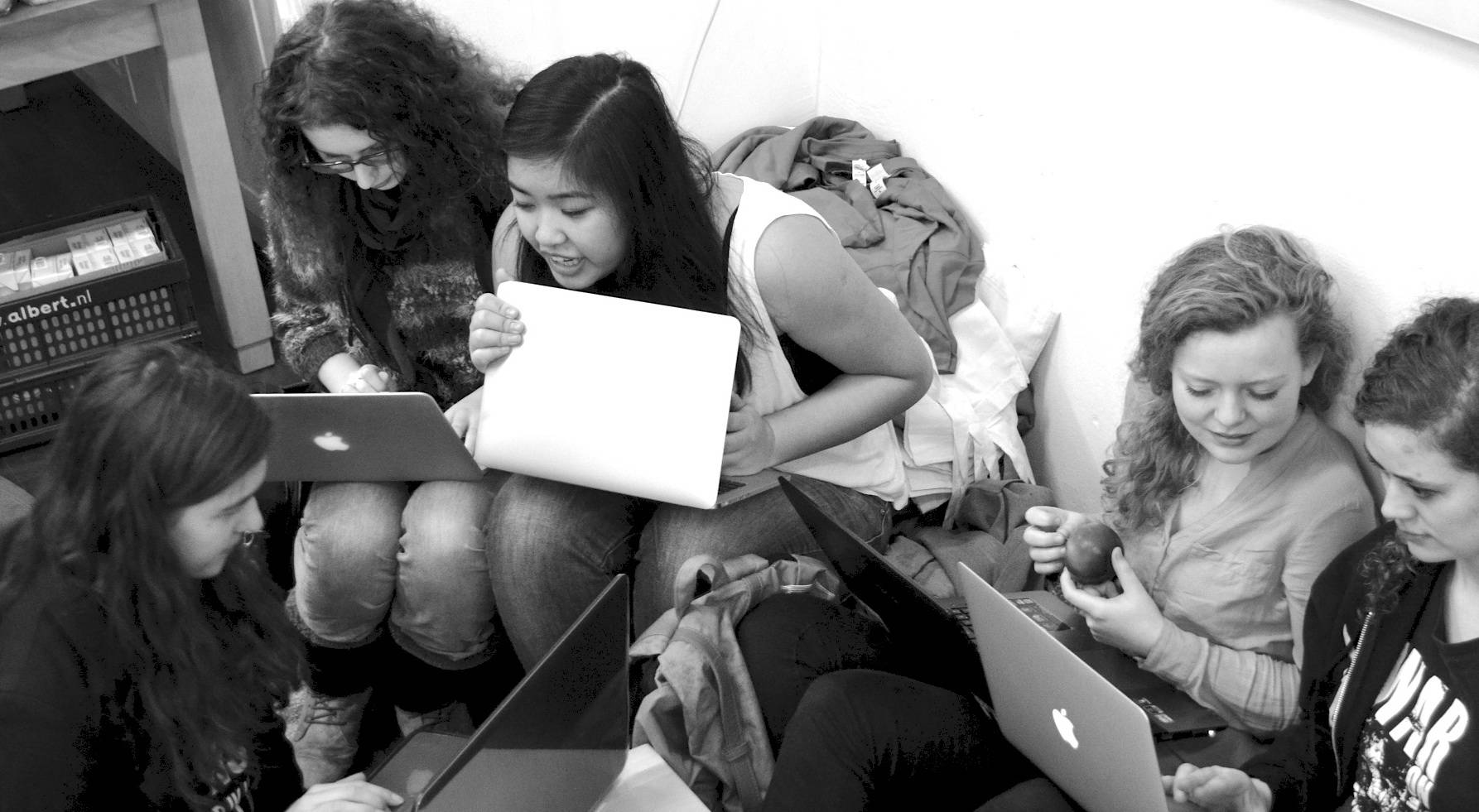 I am about as tech-savvy as a pair of gumboots! My abilities in relation to the operations of a laptop are limited to sending emails and writing stories so I was quite surprised when Marcus Holmes invited me to cover the Ruby on Rails workshop over the weekend. But hey, I like gem stones and often use trains so I thought I could wing it.. Turns out that this workshop had nothing to do with either of those things and I walked into another world on the evening of Friday the 21st of March.

There was a great turn out and it was fantastic to get to know some of Perth’s IT wizards of the fairer sex. The evening kicked off with us downloading the Rails girls software and mingling with our ‘industry sisters’ while we were inducted and guided by our mentors. All the usual suspects were in attendance, members of WITWA, the ACS and even James from Amazon came along to have a gander at the Perth summit of Rails girls and swap references from Doctor Who whilst simultaneously tweeting.

Everything was going swimmingly, I met awesomely inspiring women and was pleasantly surprised as I listened to their stories by how much these ladies can fit into their lives, talk about multi-tasking! We then broke for a feast fit for an army which was supplied by Peta Hayward (who also provided a plethora of deliciousness at the start up weekend.) After the food and the networking, I was feeling pretty sure of myself and not at all fearful of what was to come.

Saturday……
Upon arrival I saw the ladies hard at work and set up my Father in laws dinosaur of a laptop (yes, that’s right, I don’t even own one..) and did a lap of the room to see what the other kids were up to. After realising that I had no idea, I figured I had better try my hand at this ‘programming’ business if I was going to try to write about it. A young gent called Jay had the unlucky task of guiding me through the process which felt a great deal like walking blindfolded across a road. After pressing a bunch of keys and some cutting and pasting I squealed in delight as not only did I have a ‘home’ and ‘about’ page but also a picture of a ruby!
Even I found the software easy to use and I loved the results. However, the process behind them was to me much like reading hieroglyphics and I am ashamed to say this reporter won’t be doing much programming in her future. Please do not misunderstand me, I got so much out of this workshop, but in a totally different way to what I expected.

I learnt about others, I have always found the ‘programmers’ of the world somewhat challenging to converse with and now I know why. These people are able to think on a whole other level and think so deeply that at times they can come across as one dimensional or weird to us ‘non-techo’s’. But after seeing the expertise of my own mentor Jay, I have to say that people like me are very lucky that there are people like him to make our web pages look pretty and handle all the stuff that would drives us to the brink of insanity. Given their in depth skill set, I now see their references to Dr Who and Star Wars in a whole new endearing light and will never pass judgement again. I learnt about myself, I learnt that my brain rejects code like the world first rejected the claim that the earth was round and I have a new found serious appreciation for those who wade through it.

I have always liked the idea of magic but as I have gotten older there seems to be less and less in the world and these days I am fairly certain that other than quantum physics and computer programming, most things can be explained.

To get involved with future Rails Girls events or to be a sponsor, check out Rails Girls Perth.