The concept behind fitnessengine.com.au is to create a focal point for all personal trainers and possible clients to meet and communicate and to provide a user-friendly database for PT’s which would aid advertising and the storing of client information. Matt Pontel, a young Perth native, was the person who initially came up with the idea.

Matt is a sports fan and a software developer who feels there is a gap in the personal training world in terms of usable software and he feels that he and his team can fill this, thus improving the service and efficiency of personal training businesses. He works in Perth for Bright Technologies, creating IT solutions for large mining corporations. His father works as an IT consultant, so in Matt’s case, the apple did not fall too far from the tree. He has been “coding” as it’s called in the IT world, since he was seventeen years old and at twenty three years of age, can already be considered a veteran in the field. He is a keen indoor cricketer and regularly trains in the gym, workload permitting, giving him a valuable insight into the world of personal training. It is clear to see that he is well placed, with his knowledge of sports and computer software, to develop a package for this field.

The idea for fitnessengine.com originated from a conversation with an acquaintance of Matt’s who happened to be a personal trainer. The personal trainer alluded to the ridiculous amount of time wasted on advertising and getting bogged down in client administration. The idea germinated there and then for a practical application that could source clients, advertise the services of personal trainers and maintain a database of customer information. Matt’s personal trainer associate referred also to a hidden cost within the trade, payments to city councils for the use of public parks. These costs can be substantial and when individual council’s charges were investigated by Matt and his team, the costs were found to be purely administrative. “Our team has approached three different councils so far, to offer fitnessengine.com.au as an outsourced alternative, but none have been receptive thus far. We are hopeful that other councils in the future will be more willing to allow us, as an external party to provide this service to personal trainers”. 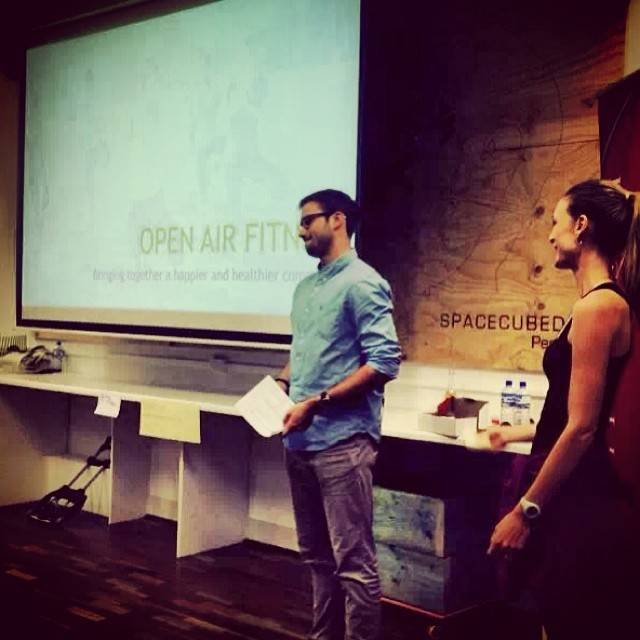 Matt and his team (see picture) recently placed a respectable 3rd with the fitnessengine.com.au model under a different title, “Open Air Fitness” in the successful Startup Weekend in Perth. The five man judging panel consisted of esteemed heavyweight businessmen from Perth including venture capitalist Matt McFarlane, Andy Lamb of Atomic Sky, the Chief Executive of Health Engine, Dr Marcus Tan, tech consultant James Bromberger and Justin Scanlon of PWC. Open Air Fitness received rave reviews from the panel but fell short in some technical areas according to the judges. The panel were concerned that further down the developmental track, legal and technical ramifications could ensue, making the concept unwieldy for some personal trainers. The panel also voiced concerns on how many personal trainers would avail of Open Air Fitness and when I questioned Matt about this, he felt slightly aggrieved.

“ Our team were thorough in our market research. Twenty two of the twenty five personal trainers surveyed for our market research asked to be contacted as soon as the software was up and running and wish to use it. There are six thousand three hundred registered personal trainers in Australia, and Perth alone has hundreds making it an ideal testing ground for fitnessengine.com.au“. 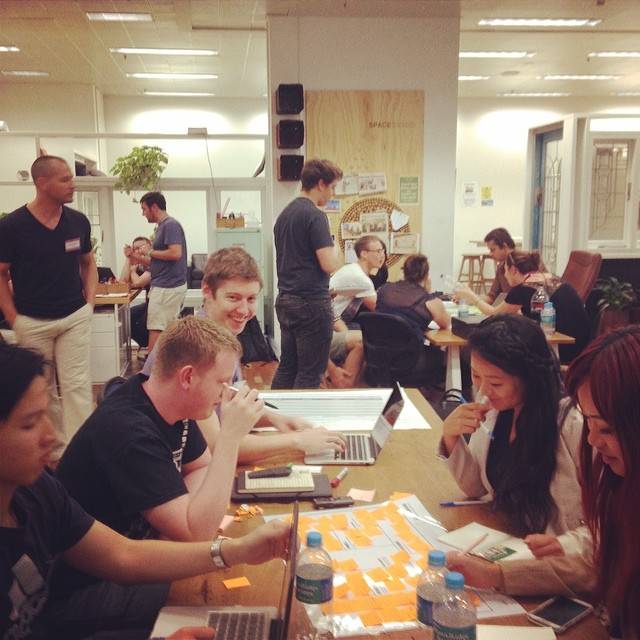 The software is already developed to a serviceable level and will soon be released to the market place. Initially Matt’s team intends to allow personal trainers onto the platform for free, however once the site is up and running and has proven its stability, there will be a charge of $25 every time a client registers with a personal trainer through fitnessengine.com.au. This cost was broached with a number of personal trainers and none seemed dissuaded, with several even admitting to paying more for less useful resources.

When questioned about the future, Matt admitted that 2014 would be a good indicator for the group and would dictate how they would proceed. Further down the line, Matt and his team intend to extend the website with value added services such as an email reminder facility and newsletters tailored by geographical location of clients and Personal Trainers. As another revenue stream, Matt would also like to attract the attention of health providers such as BUPA and HBF. If fitnessengine.com.au should become big enough, Matt sees no reason why advertising revenue could not be generated from these types of entities in the future.

All in all, Matt Pontel and his team have come up with a brilliant and intuitive application for the personal training industry. In my own research for this piece, I have learned that it is estimated, by the year 2020, there will be around seven million Australians using gyms and personal trainers. This is a colossal number of people, all focused on physical fitness and Matt has identified a way to introduce clients to personal trainers effectively, through the medium of fitnessengine.com.au. He is an intelligent young man on a mission and his enthusiasm and energy are infectious. He has an entrepreneurial spirit and has built a formidable team around him. He is a premier grade operator and this was recognized by the judges at the recent Startup Weekend. If all goes to plan for Matt and his team, fitnessengine.com.au will become the weapon of choice for all personal trainers in the country.

Matt’s own consultancy can be found at : http://thebearbytes.com.au