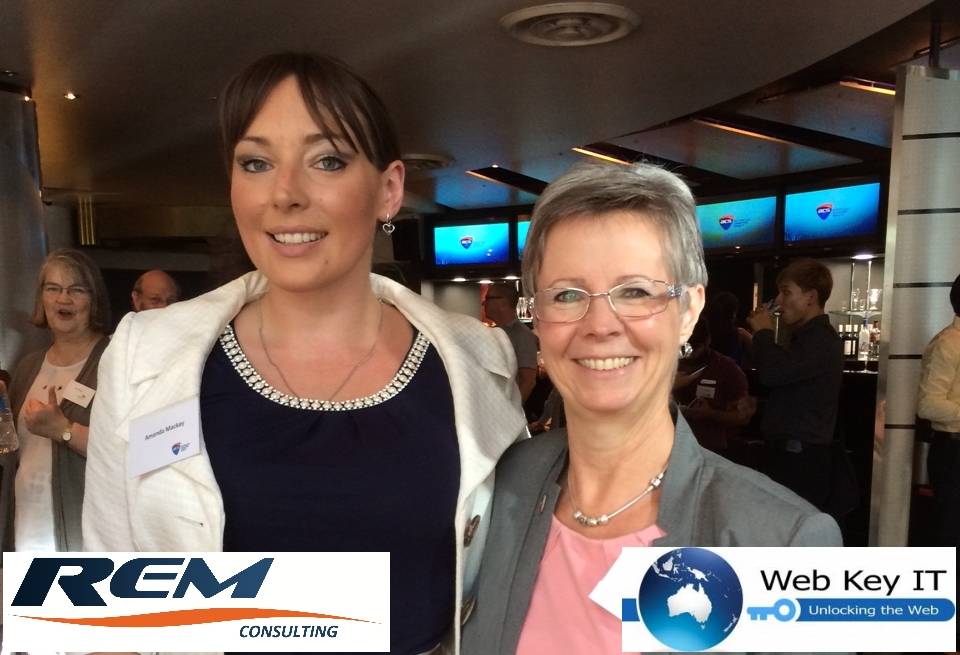 The long awaited ACS (Australian Computer Society) facilitated presentation on web accessibility attracted strong attention from the corporate and government sectors. The event on the 18th of February 2014 gave our industry professionals a reliable reason to come together and receive guidance on the changes and how they affect their moral and legal responsibilities as trusted industry suppliers.

The crowd was heavy in both numbers and interest as the members of the ACS came together to obtain the next chapter in their professional discipline which makes them the ones turned to and entrusted in technological areas. The ACS was established in 1966 and in this time has formed alliances with every reputable organisation across our country. The new chosen venue, the Empyrean function centre set the stage with class and sophistication. The impeccable service and flawless layout of the Empyrean easily handled the requirements of the event, from drinks and networking in the foyer which smoothly transitioned to the presentation itself which was held in the newly refurbished theatre.

Vivienne Conway Managing Director of WebKey IT, has formed a strategic alliance with Amanda Mackay of REM Consulting to spread awareness and generate change. Vivienne and Amanda were featured in an earlier interview with the Startup News on the movement within the digital access space at a global level.

There was a feeling of Déjà vu in the crowed as only a little over a decade ago we were experiencing similar changes to accessibility laws in a physical sense. It feels like yesterday that we fought to give people with disabilities physical access to public areas and the challenges we are facing to make this happen in the digital space are all too similar.

For this time of year the ACS had an amazing turnout, in fact some members who are retired made the journey to hear the message that many government and corporate entities have been ignoring. Clive Campbell, pictured with Vivienne Conway, revealed that he has been in IT since the late 60’s and although a member he has not attended an event in 5 years. When asked why he chose the web accessibility event Clive made it clear that he saw this as a relevant topic that has a wider effect than most of us are aware.

Did you know that over 20%of our population have a disability of some kind? These cover those more obvious such as brain injury, deafness, blindness and motor impairment but what probably most of you may not know (as I did not) is that an individual’s ability to access information is severely impaired and in some cases made impossible by the undisclosed disorders such as Dyslexia, Asperger syndrome, colour blindness and our aging community members with Parkinson’s and Arthritis.

With these statistics, one would imagine that it’s easy to see the motivation to adapt with the demands of our community members but sadly we are not. It took the entire Canadian government to be found liable by the Supreme Court and heavily penalised before they realised that they could not ignore the needs of people who require the use of assistive technology to use the things we take for granted. Can you imagine being confined to a wheel chair with no use of your arms? How would you do your shopping, banking, correspondence? The reality is that you would need to completely rely on another person to physically do these things for you. In this revolutionary age of technology, we are able to break down the logistical barriers that have isolated people and taken their independence and dignity – but only if we ensure that these sites are fully usable.

The crowd listened in thoughtful silence to the presentation and the question time at the conclusion far exceeded any ACS presentation that I have attended. The question on everyone’s lips seemed to be how do we not know about this? The truth is that these laws have been in place since 2009 but sadly the corporate and government has chosen to work around this elephant in the room and hope that it will disappear. To put it simply, it is clear that most people can’t identify with the challenges that a person with a disability will face every day. We don’t know what it’s like so it’s easy to ignore. Try blindfolding yourself and trying to use your company website, better yet, imagine you also have arthritis also and cannot use a mouse. Throw your mouse in the drawer and see how easy it is to do your shopping, banking, plan a journey on public transport. I challenge you, constant reader to write in and tell us about your experience.

These Mandatory changes have been championed by Sir Tim Berners-Lee s who’s name you should know if you call yourself tech savvy, Tim invented the World Wide Web (perhaps the greatest modern start up known to man) and obviously had enough understanding to realise the holes in his innovation and the inequality that need to be remedied. Thus he created the WCAG 2.0 guidelines that have been adopted as an ISO standard to reach equal accessibility for all, not just those of us who are blessed to have the use of our eyes, ears and limbs.

The very first law suit in the world was here in Australia in 2000 and was against the Sydney Olympic Committee. Since then there has been minimal communication through the ranks but organisations from the tiniest to enterprise level have been found liable and settled out of court with confidentiality agreements. This may have saved them from the public shame but has seriously inhibited the sharing of information and has veiled the true depth of the ramifications that C level Management may face because their IT and Risk Assessment areas failed to act with due diligence.

The rest of the world is already miles ahead of us in the transition strategy. As is all too frequent, it seems we were last to get the memo. It’s amazing to see how many local people have no idea about WCAG 2.0 (Web Content Accessibility Guidelines), try Googling this locally compared to any other major city across the globe. Sadly, the small percentage of people here who claim to be aware of the guidelines have only Googled the requirements themselves and in no way understand them, nor are they able to provide you safety from litigation through compliance certification.

As far as I am aware, there are less that five entities currently based in Australia who are qualified to certify that your website meets the guidelines imposed by the Human Rights Commission and only one in WA which is WebKey IT . Director Vivienne Conway is the only global expert in her field and is currently completing her PHD and thesis on web accessibility.

There are many charlatans to watch out for, from automated programs to individuals claiming to have the ability to solve your website issues for a fraction of the price. Statistics show that automated tools can only identify around 35% of the issues that could cost your organisation legal action and irreversible damage to your reputation.

As with all aspects of Information Technology doing things right the first time saves time and money. The message from this presentation was that the most effective way for companies to address their accessibility and usability issues is to use real people with real disabilities to do the testing and review. Vivienne Conway and her team combined with the REM Consulting team have the ability to take you on a terrific journey from start to final Certification with real value adds to your business both corporate and Government while at the same time bringing a real change to disabled people here in WA.

I’m sure that after this fantastic presentation the IT community would want to know more on how they can move quickly to make the changes required by Legislation. To do this please contact:

The time to act is now and ignorance is not a viable excuse if you get caught with your pants down.