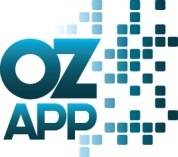 Five app concept developers have been named finalists in the OzAPP Awards, a Curtin University initiative aimed to identify the best mobile, web and cloud app concepts in the Asia Pacific region.

The five finalists will attend The West Tech Fest incorporating the OzAPP Awards event in Perth, February 17th at Bankwest Head Quarters where they will pitch their app concept in front of the OzAPP audience and international judging panel.

“The competition now has an international profile with a significant group of global entrepreneurs and investors attending the final event in Perth and checking out the local tech scene while they are here,” said Rohan McDougall, Director of IP Commercialisation at Curtin.

“I was blown away by the quality of ideas and teams in this year’s applications,” said Bill Tai, Visiting Professor and Innovator in Residence at Curtin and Silicon Valley based investor. “There is growing awareness in the Valley that Australia is a great source of innovation in the digital space and the Awards are providing a focal point for people to come and take a look for themselves,” he said.

This year’s judges and speakers include:

Triplifier: An event aggregator tool for use when visiting different cities. “We’re extremely excited and grateful to be presenting Triplifier at the 2014 OzAPP Awards. This is a fantastic opportunity for us to share our vision with so many highly regarded judges, mentors and peers,” said WA Triplifier founder Matt Fontana.

Ollo Mobile: A connectivity app allowing seniors to stay in touch with family members whilst living an active and independent life. CEO Hugh Geiger of Queensland said: “Ollo mobile is developing a smart, wearable care system for seniors. Our mission is to connect millions of older people to their families better, so that they can live more active and independent lives.”

Infinite Wardrobe: A fashion networking app that allows individuals to buy and sell fashion items online. “The team has been putting in long hours and sleepless nights to get IW off the ground, and to have our hard work recognised has given the team even more motivation. We are honoured to have been selected as one of the finalists for the OzAPP Awards,” said Managing Director, Molly Taylor of Queensland.

Project Tripod: A photography app that visualises change over time, though timelapse or blend. An exciting concept out of NSW being directed by previous leader of the Microsoft, Bizspark program in Australia is Catherine Eibner’s Project Tripod. Eibner, a familiar name in the Aussie startup scene, who now has joined Blue Chilli as the Lead Startup Advisor said: “The entire Project Tripod team is super excited about being one of the top finalists selected for this year’s OzAPP Awards. We really believe that Project Tripod is a great idea, being built by a great team at the right time.”

Toyprint: Heralding from NSW and led by former Head of Apps at Blackberry across Australia/New Zealand is Adam Faulkner’s Toyprint. “Toyprint is an evolution. It enables people to personalise their toys utilising the latest in 3D printing. Giving children, parents, grandparents and friends around the world the ability to design their own unique creations,” said Faulkner.

The winner of the OzAPP Awards will win a $100,000 convertible note from Qualcomm Ventures providing the winners with funding to progress their idea into a successful startdup business. The top three finalists will  share $20,000 in cash prizes, mentoring and commercialisation packages from Optus and Yuuwa Capital as well as $10,000 of marketing and App development courtesy of the App Village and App Labs Australia.

Tickets are all sold out to this exclusive event.

Startup News will be attending the presentations, so we look forward to bringing you news of the winner in realtime.

UPDATE: See who won and look at some pictures HERE.