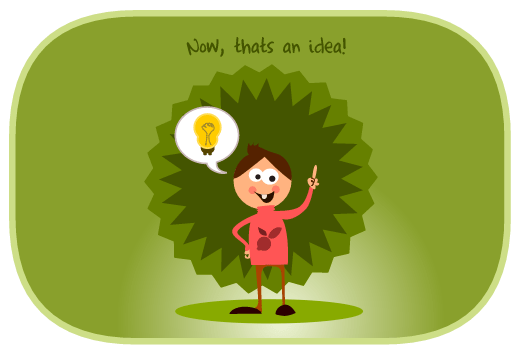 Your idea is not original. I guarantee that other people have thought of your idea before you, and right now there are at least five different startups trying to make your idea work.

The same is true of every startup idea, but uniqueness is not actually a required feature of a startup so it’s OK. The way you implement your idea is important. The business model you follow; how you reach your customers, how you set your prices, how you keep your customers loyal to your brand, how you build your product so the customers can benefit from its features, all of this is important. The idea is not.

Ideas are common and cheap. Once you get used to the startup way of thinking then you start seeing business ideas in all your transactions. This blog post has sparked a few ideas:

Feel free to use these ideas. I’m not going to. And if I was, I’d love to see how you interpreted them as a business model that I can learn from.

If your idea doesn’t need you to make it happen, why are you doing it?

If someone else can come along, see your idea and steal it to make a company that will put you out of business, then you shouldn’t be in that business in the first place. If your idea doesn’t rely on your skills, experience, connections, or something about your personal vision for it, then it’s going to fail anyway. If you’re not at the centre of your business, then do something else.

Ideas are common and cheap. Find another idea that does need you to make it work, and give your first idea to someone who has the skills it needs.

You can’t do it on your own

You can’t do everything. At some point you’re going to have to trust someone to help you build your business. Either a techie, a marketer, a designer, or an investor. Because you can’t fill all those roles yourself, even if you have all the skills and money required. And even then you’ll need people as you scale up. You need to trust all of these people, and if you don’t trust them then they shouldn’t be anywhere near your business. Trusting someone with your customers is much more dangerous than trusting someone with your business plan.

Sooner or later you have to engage with your market. And then your plan will be out in the open. You may have achieved being the first to market, but that’s not the huge advantage it’s commonly believed to be. Everyone who is also engaged with your market will now be watching you to see how your business model works and what they can learn from your progress. This is one of the many reasons why competition is good; it’s a free education in what works and what doesn’t. If you’ve got a business that has no competitors then you have to make every mistake yourself with your money. It’s cheaper if you can watch other people making some of the mistakes.

A Non Disclosure Agreement, or Confidentiality Agreement, basically states that person B will not tell anyone else about the things that person A will tell them. I’m not a lawyer so I don’t have a qualified opinion on this, and you should definitely ignore my advice, but my worthless opinion is:

Again, obviously, I am not a lawyer and my opinion is worthless and should be ignored.

Update: Charlie Gunningham had this comment – “Yep, 100% agree Marcus. Ideas are two a penny, it’s all about execution. So much talk, not enough action in this world. As my lovely wife says, it’s NATO (no action, talk only). Tell other people your ideas; verbalise them, it helps develop the idea. Speaking them out loud solidifies them in your mind, and speaking with intelligent folks who can give you feedback will make your idea better. Very few people steal ideas anyway – because, it’s all about action. They don’t act. You will, because you have the passion in your idea.”