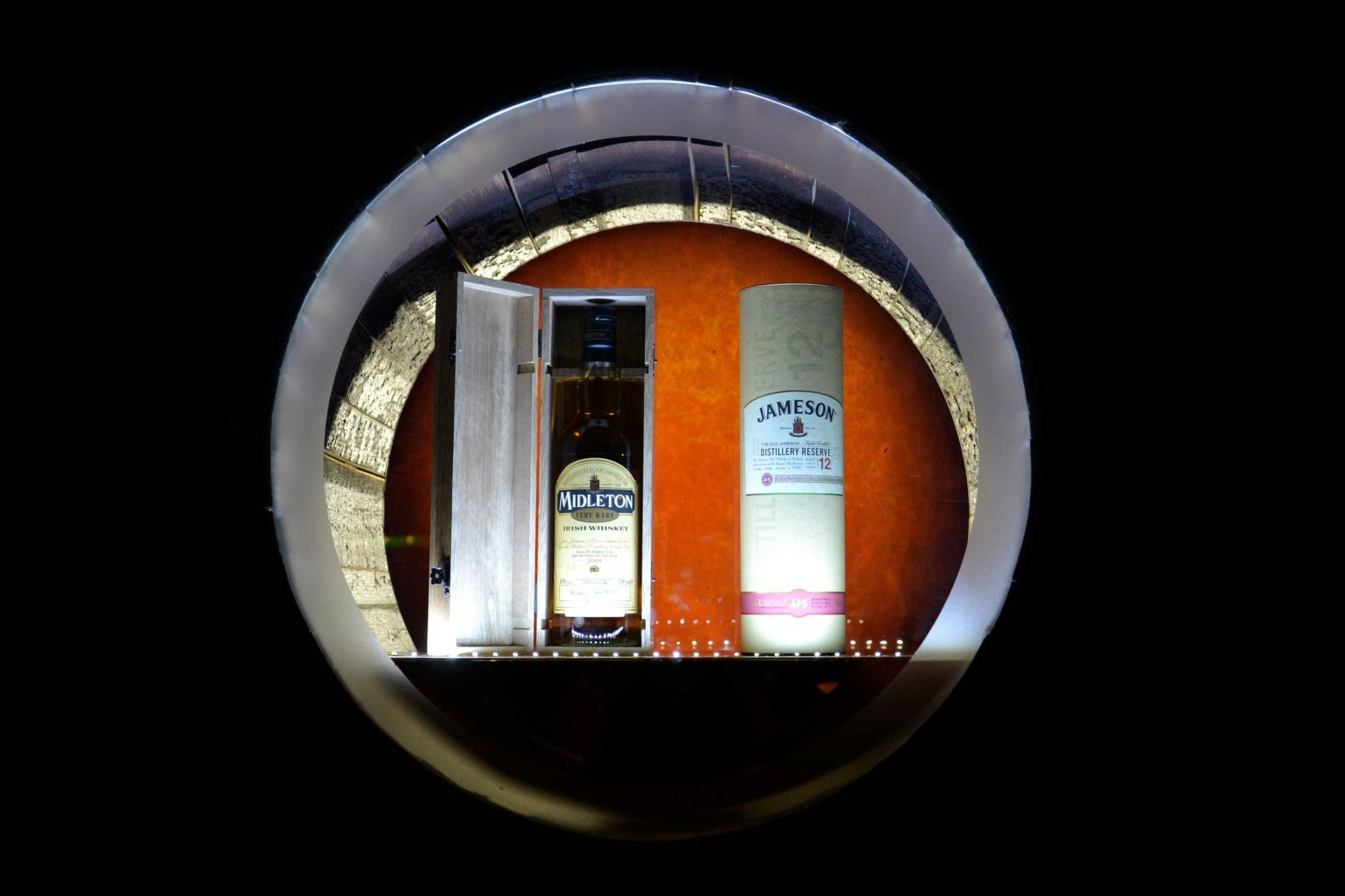 Take a late-night stroll down any Australian capital city alleyway and chances are you’ll stumble upon (and much later, out of) a dedicated whisky bar, full of aspiring Roger Sterlings and Joan Holloways sampling single malts older than they are. The latest research from Roy Morgan confirms whisky is increasingly popular among Australians in their 20s and early 30s, causing potentially seismic market-share shifts in the top whisky brands. 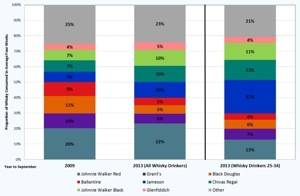 And as the whisky market changes, so do the market shares of major brands. Nationally, Johnnie Walker Red is the market leader with 22% ‘share of throat’: of the 18.7 million glasses of whisky Australians drink in an average four weeks, almost 4.2 million are Johnnie Walker Red. The market share of Grant’s, Black Douglas and Ballantine have all substantially declined over the past five years and been overtaken in popularity by Jameson, Chivas Regal and Johnnie Walker Black—the latter each now with 10% market share.

But among 25-34 year-old whisky drinkers, Jameson replaces Johnnie Walker Red as the most popular brand, with the two almost switching market shares. In this group, Jameson claims 22% of the market to Johnnie Walker Red’s 13%. In fact, half of all glasses of Jameson poured in an average four weeks are drunk by 25 to 34 year-olds.

Johnnie Walker Red’s share in the 25-34 bracket is equal to that of Chivas Regal, and only just ahead of Johnnie Walker Black’s 11% share.

“In the whisky market, not only are consumer preferences changing, but consumers themselves are changing. Perhaps as Don Draper and his colleagues are watched sipping high-end whisky in hit TV show ‘Mad Men’, consumer trends have shifted from mainstream whisky brands to more premium brands*, particularly in the growing 25-34 segment.

“It is clearly important for liquor distributers and marketers to stay attuned to how the revitalisation and skewing of the whisky market is affecting the market share of major brands.”