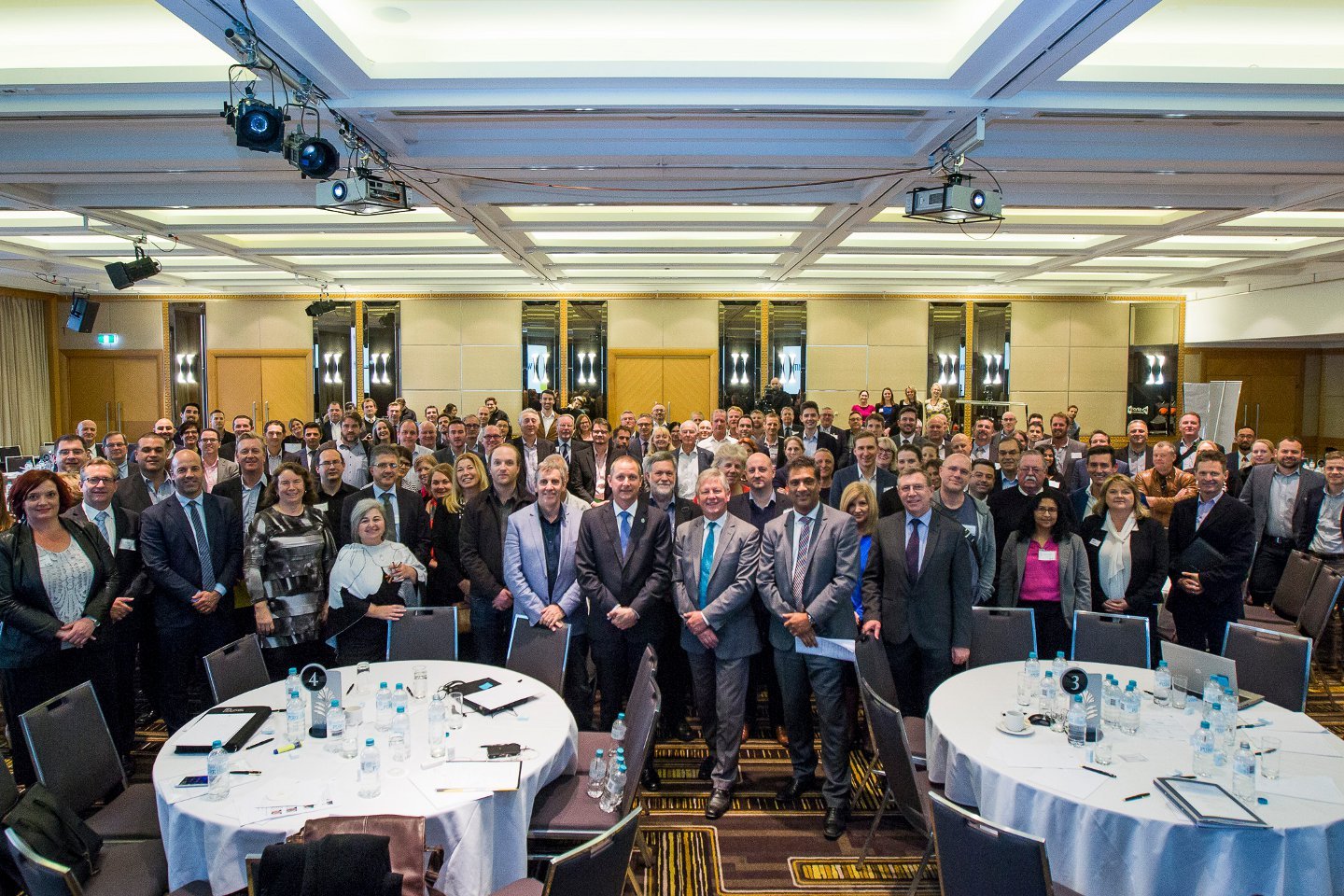 On Thursday 28th July, the Office of the Government Chief Information Officer held a summit on Innovation in WA. They invited 250 of the most relevant people to sit in a big room and talk innovation all day. Naturally we attended, so here’s our opinion on it.

Firstly, let’s get the elephant out of the room. This is the government. Governments doing innovation is always a bit cringeworthy. In this case they were never going to get it right, there were too many conflicting opinions about what should be done to get consensus. You have to give them credit for attempting the impossible. No matter what comes out, at least they got everyone together in the same room.

We’ve also been saying for years that the state government needs to get involved in the startup community to get the results we need. Well, here they are, getting involved. They’re actually asking us for our opinions. Great first step, and we need to recognise and congratulate Bill Marmion and the OGCIO for doing that.

The event itself was a minor miracle. Everything worked, the food was good, there was veggie and gluten-free options. We all fit into the room, the screens worked as intended, there was enough bandwidth for all the phones, the wifi didn’t go down. Kudos to the team that organised it, we know from experience how hard it is to get all of that stuff right.

The speakers were a strange choice. The West Australian editor talking about how they have innovated by making a website (followed by the West Australian business panelist who wondered why the banks weren’t in the discussion about funding startups). The two speakers extolling the virtues of Indonesia and Singapore as places to do business. They were great speakers, and good speeches. Whether they were the right choice for this event is another question.

Kate Raynes-Goldie, director of Games and Interactive at FTI, said:

“I’m thrilled to see the state government supporting local innovation. The calibre of attendees and ideas generated at the summit is proof of what incredible talent we have here in WA, including the WA games industry which is driving innovation in the VR/AR space. I’m hopeful that we’ll see support announced in the state’s innovation agenda to ensure we can best tap into the $100 billion global market.”

Using Groupmap to run the table conversations and the panel questions was inspired. Helping a local startup get exposure, and also using exactly the right tool for the job. It really worked, and well done Jeremy and Brad for getting it sorted out.

The table conversations were the best bit, by far. There were some really interesting people on the tables, and hearing the range of opinions on the subject was great. The ideas were flowing, and the event ended up with 750 ideas about how to enhance innovation in WA.

“At the WA innovation summit it was great to see the wide range of participation from startups, industry, universities, accelerators, and government.  I look forward to the WA government codifying the discussion into a state innovation strategy that supports and fosters the current ecosystem.”

There were lots of cynical heads in the room wondering how many of those ideas will actually get used, of course. We’ve got an election approaching, and it must be very tempting for the politicians to keep their eye firmly on that rather than on what’s best for the community. We think this is the acid test for the whole event: will the initiatives announced as a result of today be what’s best for the innovation community, or what sounds best to the media for re-election? To be honest, the prominent inclusion of the West Australian newspaper in the event did not bode well for this.

In conclusion. Getting everyone (and it was everyone) to talk about innovation in WA was great. Getting the ideas together will be hard. Getting agreement and consensus on what ideas should be implemented is going to be impossible. We got what we wished for: the state government is getting involved. We’ll be watching to see what happens next.